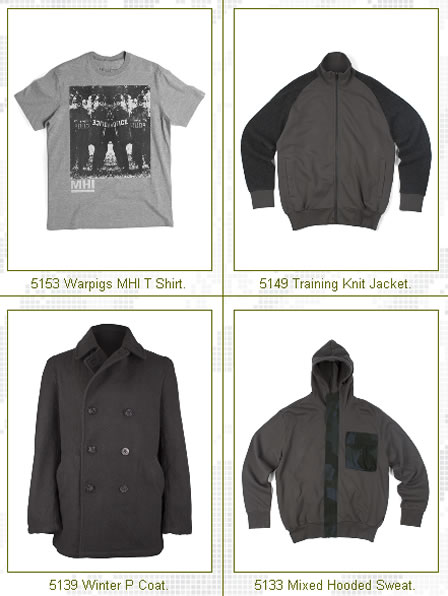 MHI the brand which likes to take it to the edge has an interesting theme for Autumn/Winter 2007. Take it away guys:

“For autumn / winter 2007 MHI explores the theme Resistance is Persistence with a collection inspired by the free thinking individuals, movements and ideas that have shaped the political and social landscapes of the world. This collection delves into the anatomy of resistence, examining ideological battlegrounds throughout history, from the the cultural revolutions of France and China all the way through to modern day anti-war movements. The phrase Resistance is Persistence defines the attitude and virtue of those involved in the fight for Social and Political Justice.”

The collection is definitely worth a butchers! 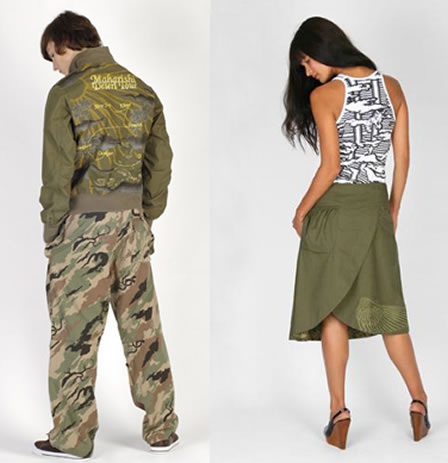