Following on from the ‘Where Life Takes You’ FW11 campaign, Italian denim label Meltin’Pot launches its new SS12 collection with an energetic video capturing the free spirit of summer: TUNE INTO SUMMER.

Wherever you are, no matter the weather or what part of the world you live in, the summer mindset is within you. It’s like rediscovering your sun kissed pictures from last summer, and reliving those moments amongst likeminded friends. You’re instantly filled with the fun, joy and laughter of those moments. Your free spirit takes over, and you’re ready to take the world by storm. 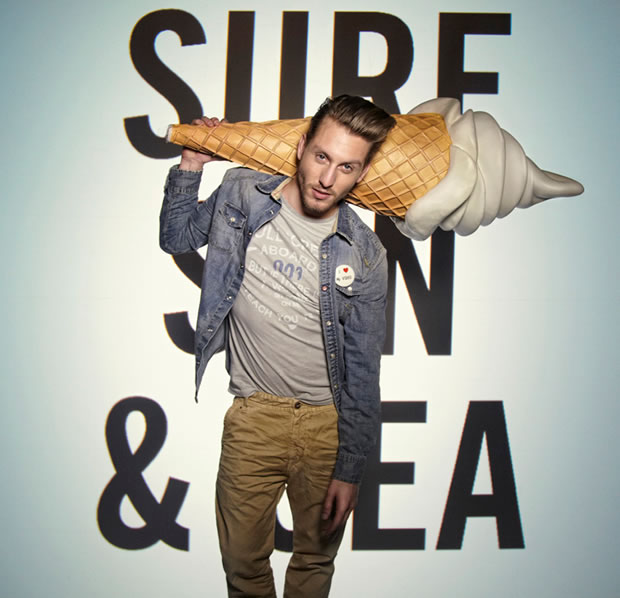 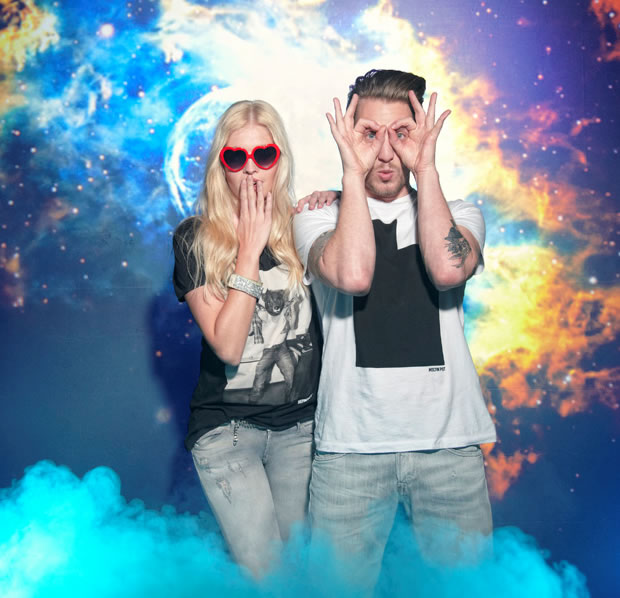 The new Meltin’Pot collection boasts fine examples of significant product development, the results of sophisticated research, which has always been part of the brand’s DNA.

These accomplished aspects are highly visible not only across the celebrated MP001 Utility Section that has a continuative yet extremely innovative denim soul, developing its iconic appeal through new textures, treatments and colours, but also across the Workshop range, together with a Yacht Master Inspiration.

Original workwear designs are updated and revisited in a more than a vintage attitude: these work inspired jeans recapture the original magic of denim and the “good old days”. The Yacht Master collection is about a way of life with the look of a boyish, new, modern dandy, who moves with style and sophistication in an urban backdrop. A trailblazing pirate type who plays between city streets and exotic spots, he’s a trendsetter in versatile clothes: Jeanswear leads to sartorial experimentation.

The Meltin’Pot woman’s collection is an exclusive and ultra-feminine interpretation of the Meltin’Pot man’s denim world, perfected in fit and washes however for women and infused with cutting fashion edginess – giving an alluring appeal to the women’s collection this spring summer.

The website has a brand new look and feel for SS12, and is full of new season energy. You can tune in to Meltin’Pot from home whenever you feel like it, and with free shipping for a limited period. There is no excuse not to renew your wardrobe with some Meltin’Pot summer spirit. 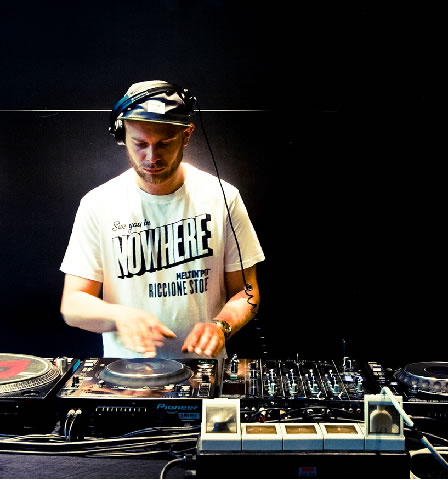 Meltin’Pot Opens its First Flagship Store in Riccione, Italy
to a Roaring Public…
celebrated its opening with DJ and Dutch producer -Tom Trago, who played an exclusive DJ set for Meltin’Pot

Meltin’Pot has opened its doors to its first Denim flagship store in Italy, Riccione.

Arranged on two levels, the store will be built within the Palariccione complex Riccione, which also houses some of the best shops in the area, located in the center: a 1 km radius from hundreds of fine hotels, the best restaurants, other fashion boutiques, cool bars and the infamous, coastline, all within walking distance. 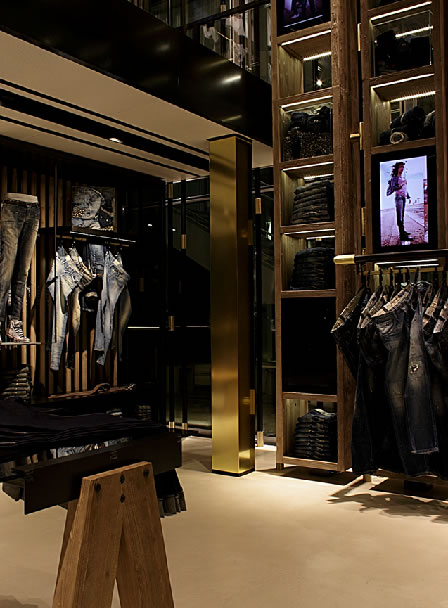 The decision to open the first flagship store in the town of Riccione represents a clear and defined desire to reach out to the brand’s target audience. CEO of the brand, Augusto Romano explained, “This store opening mirrors the International development of the label with plans to develop markets in the Middle East, China, Japan and South America”. “Presently we are developing the brand’s positioning in New York, Miami and LA and the brands 800 Italian based retail points and its other 300 in Europe, in particular France and Germany.” “We are are embarking on an important turning point for the brand, which aims to forge retail partnerships”. “The idea is not to give birth to a chain but rather to develop a partnership with some of our customers, who may open a second Meltin’Pot store that is more structured than a traditional franchising set up”.

Riccione in fact, has always been considered the “heart” of the summer Italian vacations Italy, and a prime location for spearheading new trends as well as being a noted international tourist destination, and not only in summer, with its modern facilities, notes boutiques and historical clubs and nightlife, which are famous throughout the world.

The pilot flagship Denim store is the first example of a Meltin’Pot jeans branded store, and houses the complete denim collection for men and women. All the fittings and furnishings embrace and emulate “denim world” style, “raw” and industrial, using materials such as wood and steel but with mixed with modern and innovative technology. A massive, “Meltin’Pot” Lifestyle video wall structure transmits real time video content related to collections, advertising campaigns, events.

The first Meltin’Pot denim store is also a key marker within the new brand’s new “retail” strategy – a pilot project that anticipates the forthcoming openings of additional Meltin’Pot stores both within Italy and worldwide. 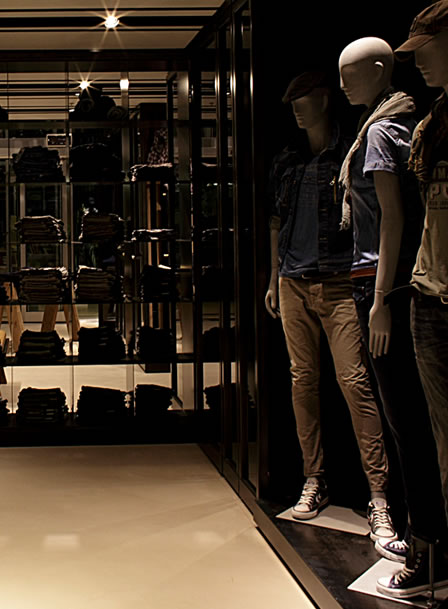 The opening was celebrated with a large in-store event and supported by partnerships with the biggest clubs in the area and along the coastline, and one of the most famous and historic Italian clubs, Cocoricò, who on the same date officially celebrated the opening of the official season with its renowned, “One Festival” with international guests and guests in attendance from all over Italy.

A major aperitif was also staged with the support of Aperol Spritz, and guest DJ and Dutch producer, and rising star of contemporary house and the disco scene, Trago played an exclusive DJ set for Meltin’Pot in-store, prior to playing his set at Cocoricò. Guests were also protagonists of a “Live Shoot”- featuring a selection of exclusive and collectable T-shirts. The photographic set was staged within the store with: and the best shots taken will shortly feature as part of a gallery, which will appear on the Meltin’Pot blog and via other related social network channels.

An exclusive presentation of the MP001 male jean collection “Meltin’Pot Riccione Nowhere” (Where Life Takes You) also took place and was inspired by the upcoming Fall Winter 2011-12 campaign:

A fine example of a 5 pocket Limited Edition jean, made in pure 12OZ indigo unwashed denim, with precious selvedge unwashed, and enriched with “hand-made” details and packaged in a special authentic “Raw” way.

The Meltin’Pot flagship store Riccione was designed by BAM Design, an architectural and design studio based in Milan and New York, whose signature already appears on some key international fashion brands stores worldwide. 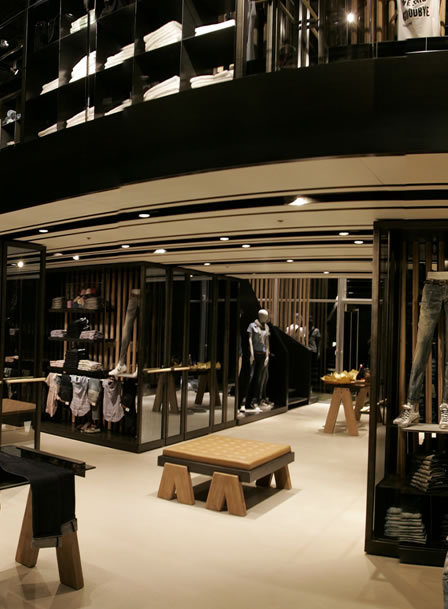 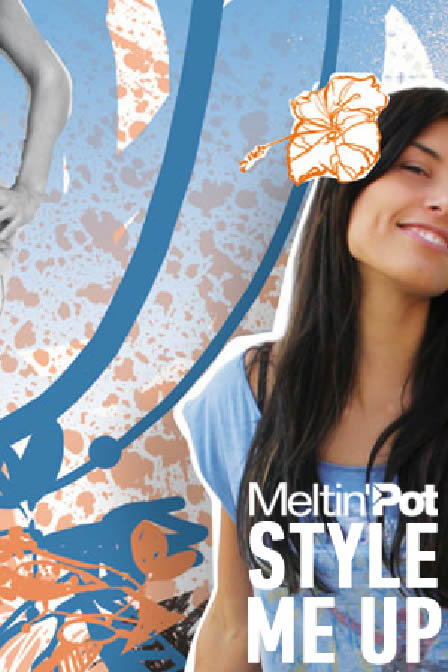 Following the big launch of Style Me Up ” with Tokyo Dandy, we give way to Erica Baldi for the second episode of this international Meltin’Pot styling initiative, going live mid April. Baldi is one of the most famous bloggers in Italy, and founder and editor of blueisinfashionthisyear.

This blog was inspired by the international fashion blogs and then conceived with the aim of giving advice to readers in a newspaper style fashion, simple and concrete, and using a special layout of images, which has made “Blue in Fashion This Year” a point of reference for many Italian women.

And it is with this very characteristic trait that Erica Baldi has used to create her “STYLE ME UP” look for Meltin’Pot for Spring Summer 2011:

“The hallmark of this blog is the reconstructed version of the images featured, so I decided to use this idea for the Meltin’Pot Style Me Up project. Together with Karin Kellner – illustrator and graphic designer and longtime friend! – Who worked with me on this and created the graphics, we decided to create a mini lookbook that included collages and illustrations. The mood chosen for the images is summer, and an explosion of colors. For every outfit and jeans look and we tried to create a small world Meltin’Pot for each. Where the styling becomes a real fantasy. The accessories that are worn by our model Marcia, have been hand designed designed and thus symbolize individual creativity. Anyone can create and build their own Meltin’Pot style. “(Erica Baldi)

The 10 recommendations from Blue Style is in Fashion this Year for the Spring Summer season:

1. New slogans: Seventies, Vintage Crochet.
2. Color + Color: Dare to mix impact this year.
3. Back to the “Total White”,starting with jeans!
4. Maxi prints- perfect on a funny t-shirt.
5. Fluro Neon Vitamin C colours: this summer is a tint shock!
6. Jeans trends: Dark washes are a must have.
7. Go ahead style but with a sporty luxury retail.
8. Evergreen Denim: worn with leather garments for a more rock mood.
9. This summer will add elegance and romantic bohemian touches.
10. Style College jacket + denim + shirt = perfect Us Style