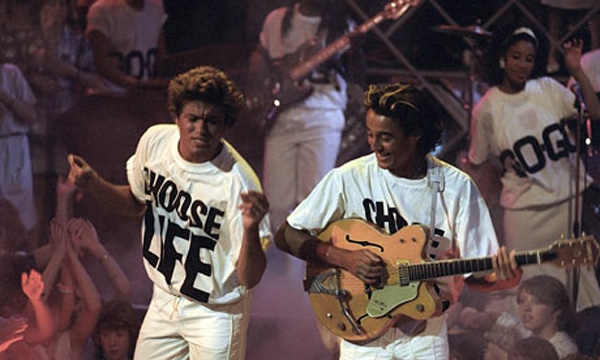 Katharine Hamnett’s original CHOOSE LIFE t-shirt brought her worldwide fame. It was her biggest seller in the eighties and now it’s back and available in 100% organic cotton.

I’m a big fan of Buddhism. To portray the message more clearly, I suggested writing it in huge letters on a t-shirt that could be plainly seen on a 35mm contact sheet.

CHOOSE LIFE is a message forever.

CHOOSE LIFE over everything you do 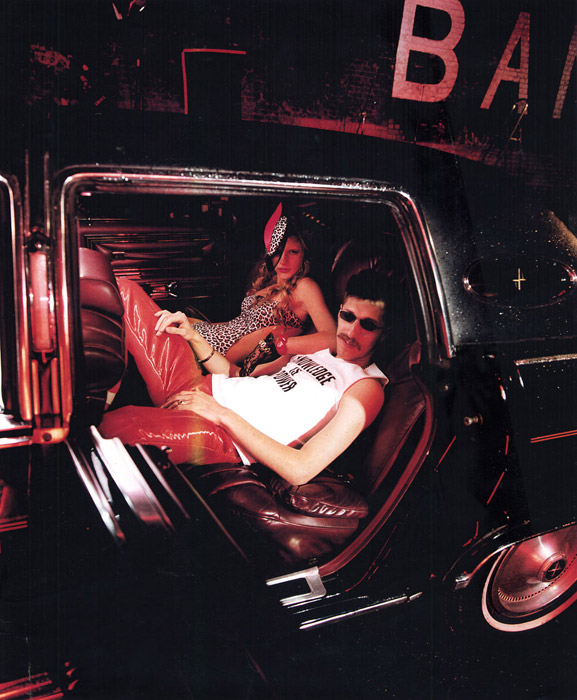 The Big Issue has teamed up with fashion designer and campaigner Katharine Hamnett to produce an Alternative Energy Review lambasting the government’s road to nuclear energy and highlighting the NEW ENERGY REVOLUTION, the synergy of renewables, energy efficiency and green transport.

The Big Issue Alternative Energy Review – including contributions from a wide range of scientists, politicians and opinion formers – is a coruscating critique of nuclear energy, the whole world of possibilities that alternative energy supplies offers, and puts in the hands of the people the information they need to decide what their future will look like.

“I have been campaigning on many environmental issues for the last 20 years, including for a worldwide nuclear ban. Suddenly, the British Government wants to build a new generation of nuclear power stations, despite advice against doing so for economic and environmental reasons. The results of this would affect Britain for the next million years. The government is lying, nuclear is not carbon free, it will not help stop climate change. It will be more expensive than they are letting on. I want to give people the facts and tell them what they can do to stop it.”

– Katharine Hamnett
“Katharine is a fiery inventor, creator, thinker: a volcano of ideas and energy. That’s why I chose her to guest edit this issue.”