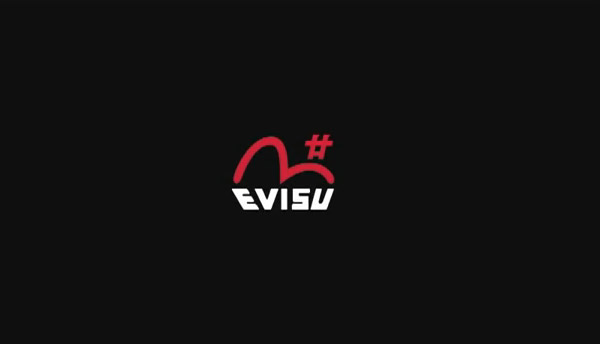 As most people know, Kitmeout was the first site in the world to offer Evisu Jeans and Clothing online. Back in 2000, Kitmeout was selling an array of Evisu Jeans including the Millennium Edition. We have an affinity with the brand and are always privileged to make a post. Take a butchers at the latest:

To celebrate EVISU turns 20, “Make the Rules” project is rolling out globally and world-renowned contemporary artist Tomokazu Matsuyama is invited to artistically express “Make the Rules”. Matsu specially created an art piece for EVISU-Kirin, he uproots the traditionally reversed icon of a mythological creature symbolizing ‘prosperity’, and places it amid an abstract white space, dripping in a bright contemporary acrylic color palette. Matsu for EVISU limited edition jeans will be launched in A/W12.

Scott Morrison, the co-founder of denim brands Paper Denim & Cloth and Earnest Sewn, has been appointed as global chief executive for Japanese denim brand Evisu. Part of his strategy is to get back to the iconic heritage, clarify and simplify the brand message, improve the product and move the collections into a more contemporary style, which suits both European and American markets. Morrison is going to oversee all markets except Japan, where the brand was founded in 1991.

Evisu will move their worldwide headquarters to New York from Hong Kong, where its parent company Bestford Ltd. is based. Bestford and Peter Caplowe acquired the Evisu trademarks for all markets outside of Japan from Evisu founder Hidehiko Yamane in February 2006. The transaction was funded by New York based hedge fund Indus Capital Partners, which owns a majority stake in Bestford.

A small capsule collection of Evisu’ new direction will be shown at the Pitti Uomo in Florence and Bread & Butter in Berlin this summer. The fully overhauled collection will be ready for Autumn/Winter 2010 deliveries.

Scott Morrison, 36 years old, created in 1999 the instantly popular Paper Denim & Cloth label. As President and designer he quickly established the growing operation as one of the world’s premium denim brands. Inspired by that growth he began incorporating other areas of personal and cultural interest into the budding lifestyle concept. After almost 5 years at one of the first American success stories in the premium denim market Morrison decided to leave in 2004 to found and design the dual-fold concept, “Earnest Sewn” and “An Earnest Cut & Sew”. This venture lasted till March of this year, and with his hiring at Evisu he is again back in the denim business, this time at the helm of one of the world’s most iconic brands.

Interesting fact – The original Kitmeout was the first website in the world to sell Evisu online back in 2000!

Is the Evisu journey entering turbulent waters. The brand which arguably started the Japanese denim phenomen in the West has lost of of it’s credibility in recent years with many denim and fashion fanatics reminiscing about the good old days. Let’s hope the brand can reclaim some of it’s old start quality. Here’s the lastest offering:

Evisu Deluxe tailoring is inspired by Japanese naval details, such as the shaped patch pockets, a high-buttoning reefer jacket, sailor collars, and wide-legged cuffed trousers. Weâ€™ve exclusively used fabrics woven in Osaka Japan by Takisada Mills (Est Nagoya 1864, four years after Kanrin Maruâ€™s maiden voyage), including a soft herringbone fabric woven from cotton and bamboo. As usual all canvasses are fully handstitched under the collars and all buttons and linings are hand stitched.

Our Evisu Heritage is inspired by Tairyouki (big fish flags). These are brightly coloured flags that Japanese fishermen fly from their boats when they have a good catch, to show the families on the shore that theyâ€™ll have a good dinner. Each village will have their own flags, decorated with different fish and sea creatures, waves, rising suns, and celebratory kanji. Ebisu, the budhist god from whom we derived our name , is usually depicted with a fishing rod and fish, so he is sometimes also shown on Tairyouki. This season Evisu Heritage is also inspired by a deeply researched homage to another great jeans brand- Lee. The HD Lee Mercantile Co was founded in Salina, Kansas, USA in 1889. Our denim maniac followers and others amongst you who donâ€™t get out much will spot a lot of subtle Lee references and details.

In Spring 2009, Evisu Heritage uses four newly developed selvage denims, including No13 LEFT, a Japanese woven close reproduction of the early denim used by Lee from the 1910s onwards. Jeans cut from to13LEFT denim have the leather patch sewn on the left side of the waistband. The focus is on fit, fabric, production and detailing. 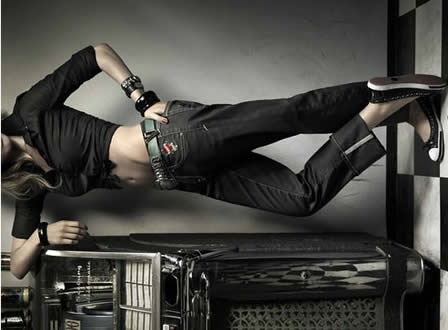 The next generation of Puma x Evisu Jeans are from the darkside. The collaboration was widely considered something of a dysmorphic hybrid when it first appeared on the scene but the collaboration has evolved into a serious piece of denimwear.