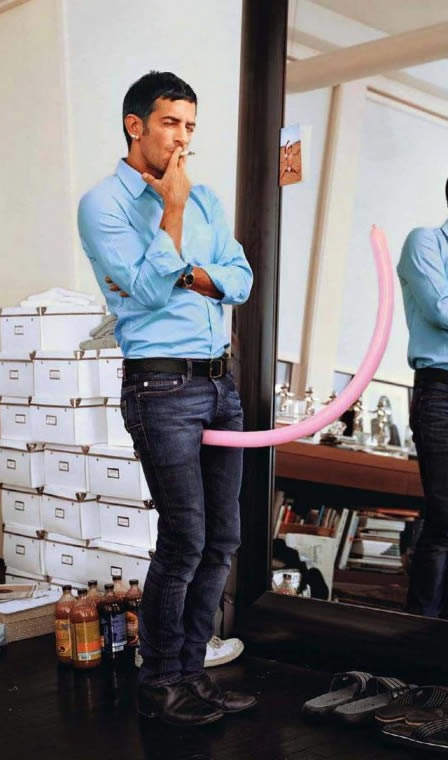 Marc Jacobs is the quintessential no-nonsense fashion designers and this is further substantiated by his decision to wrap Christian Audigier in a legal guillotine choke. Audigier’s Nervous Tattoo, Inc is being sued by Marc Jacob’s for trademark infringement over a purse design. You just have to admire Marc’s balls! So the big question is, who will Christian piss off next? 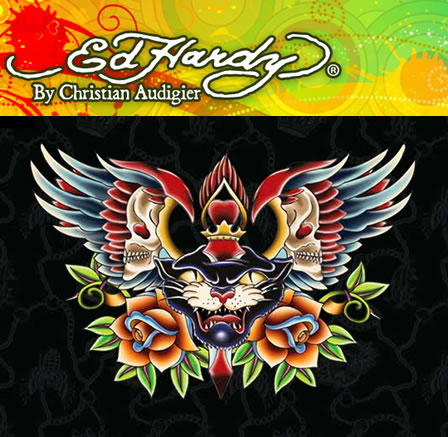 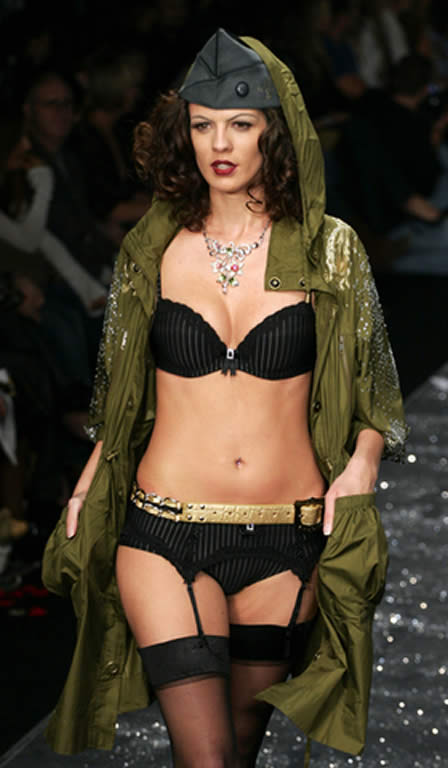 Christian Audigier says that the theme of his Spring 2008 collection shown at LA’s Mercedes-Benz Fashion Week is “La Vie en Rose”. In truth the collection was predictable with over-sized hoodies glammed up with glitz and skulls — yawn, yawn! On a side note, David Hasselhoff, commented to Audigier after the show, “I liked it; the girls looked great!”. We’re note sure whether Dave had his drinking goggles on or not. 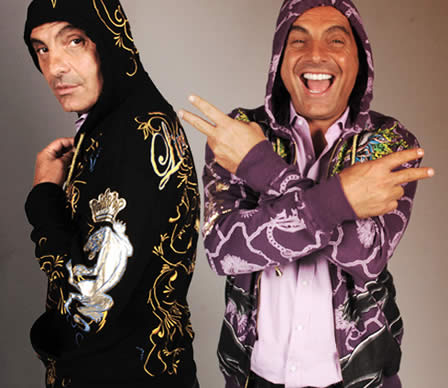 Can CA clothing save Christian Audigier from the heat of Von Dutch and Ed Hardy? No disrespect to the marketing guru but he needs to find a few professional models to model his line. This is the official BS:

“CA is the premier collection from French native Christian Audigier, this line pays tribute to the Californian Culture with a French American impact. Christian Audigier has fused the best elements of hot rod, tattoo and Cholo culture, along with a nod to his French heritage, in this new line. C.A. is rock and roll with a soul.

The trademark of this new line is the reinterpretation of the graphic tee. The designs are regal, rock and roll. Since its inception, the C.A. line has been turning heads from Rodeo Drive to Rue du Faubourg St. HonorÃ©. The line offers designs with distinctive touches and treatments, such as foil and flocking, that bring the pieces to life.

Christian Audigier is a line that celebrates being who you are. Lazy Sunday afternoons on Sunset, and wild nights out in New York are made better in C.A.” 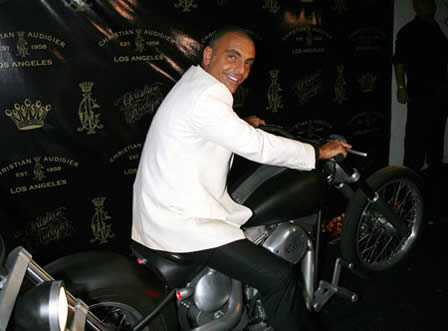 Ed Hardy files lawsuit against Christian Audigier! As most of you will know Christian Audigier is no stranger to lawsuits and is still in the process of of fighting Von Dutch who are reputedly suing him for fraud. Anyway, the latest lawsuit from Ed Hardy claims he is inÂ breach ofÂ his contract with Ed Hardy by contracting work to sublecensees in which he holds an interest, underreporting sales and failing to pay Hardy royalties, withholding several Ed Hardy copyright certificates and failing to submit artwork to Ed Hardy for approval. Christian Audigier has got himself in the middle of an Ed Hardy + Von Dutch sandwich and it looks like someone is going to have him for dinner. Maybe it’s time for a quick get away…