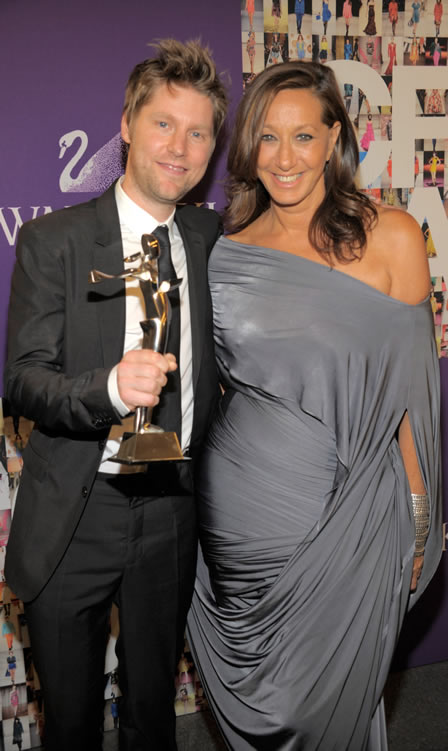 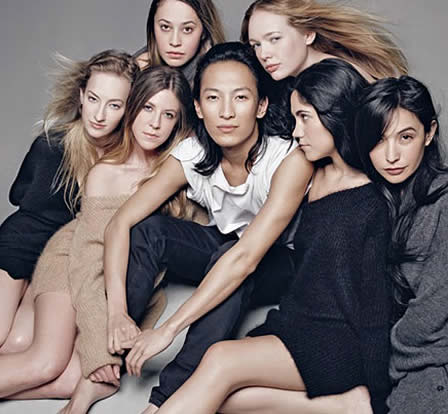 Above Alexander Wang – Womenswear Designer of the Year Nominee. The bird second from the left is probably the one not getting as many free clothes as some people.

Below Jason Wu – Swarovski Award for Womenswear Nominee. Jason poses with Karlie Kloss, who is very tall, in case you forgot. 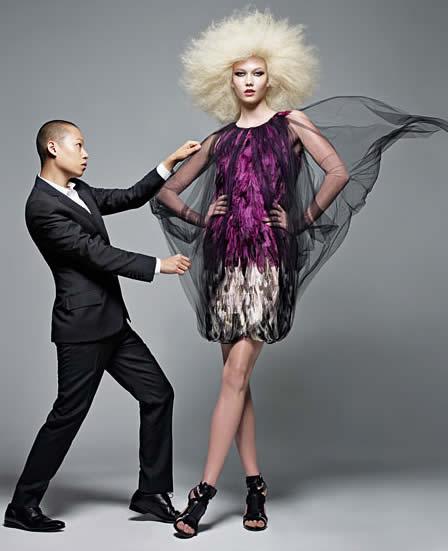 Below Marc Jacobs – Womenswear Designer of the Year Nominee. Due to a scheduling conflict, Marc couldn’t make his shoot, so he had models pose with Marc Jacobs masks, inspired by the street casting for his fall 2010 show. 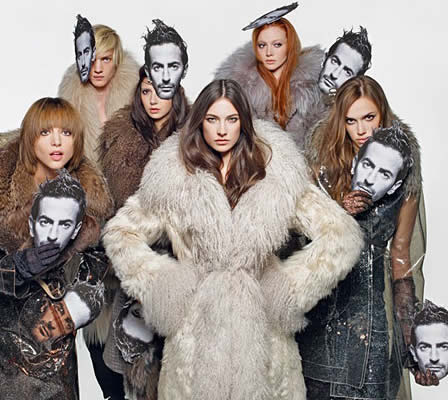