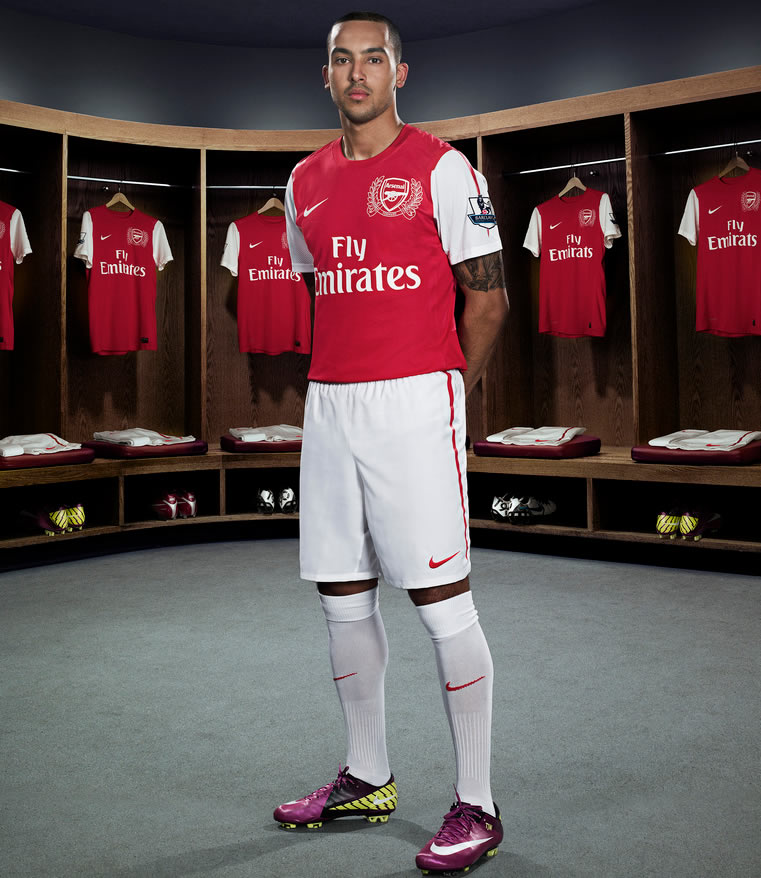 I remember years ago working down the Woolwich Market near the old London Arsenal the original home of the Gunners which makes the 125th Anniversary kit especially meaningful. I know there’s been a lot of questions over the style of the new kit and badge and although I’m no Gunners fan, I have to say I admire the club and it’s history. The effort to go green with recycled polyester is an admirable step too!

I used to travel down from the East End where I would leave my partner at Roman Road Market to South London’s Woolwich Market and enjoy the old South Londoner jabber. I have to say the South Londoner shoppers were well hard to pplease. Could n’t give the stuff away!

Founded in Woolwich in 1886 and called The Royal Arsenal, the celebratory design features 15 laurel leaves to the left side of the Club’s crest to reflect the detail on the reverse of the six pence pieces paid by 15 men to establish the Club – the laurel leaves also represent strength. The 15 oak leaves to the right of the crest acknowledge the founders who would meet in the local Royal Oak pub. Underneath the crest is one of the first recorded mottos related to the armament and battle – ‘Forward’ – with the anniversary dates of 1886 and 2011 either side of the heart of the shirt.

The classic design is inspired by the 1970’s strips and boasts a clean, refined look with a block red body and white sleeves with red speed stripe detail. The shorts are white with a red speed stripe. On the back of the shirt below the neck reads ‘Arsenal’, while inside the front, on the back of the crest, reads ‘Victoria Concordia Crescit’, (‘Victory Through Harmony’), Arsenal’s Latin motto, which was previously featured on earlier versions of their club crest between 1949 and 2002.

The new home kit is made from Nike’s ground-breaking recycled polyester – which for the first time includes both the shirt and shorts. Each complete kit is made up of up to thirteen reclaimed plastic water bottles. The improved Nike Dri-Fit fabric, now 13% lighter than previous kits, helps to quickly evaporate moisture by drawing through the fabric to the surface and keep players dry.