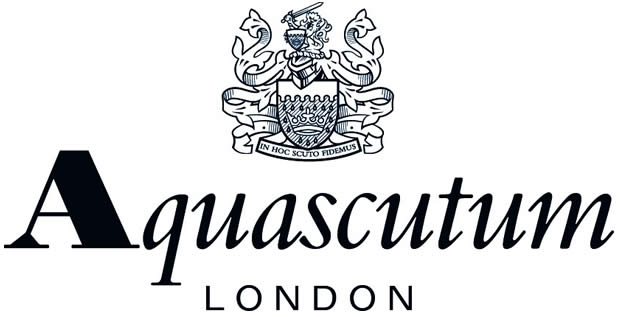 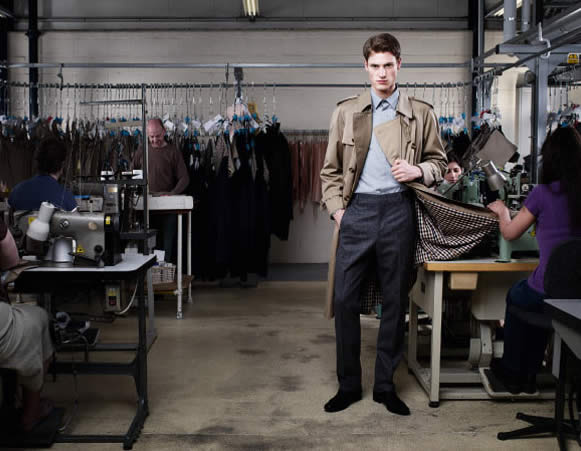 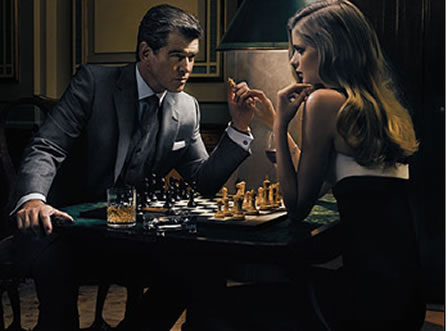 Aquascutum to make comeback in USA with a limited edition collection of coats and trenches inspired by designs from the Thirties through the Fifties. The coats are based on Aquascutum pieces worn by Hollywood stars including Daphne du Maurier, Marlene Dietrich, Bette Davis, Audrey Hepburn and Sophia Loren. The collection named Aquascutum Vintage, will be sold in the USA. exclusively at Bergdorf Goodman starting in the autumn.

“This collection sets the scene for who we really are,” said Kim Winser, Aquascutum’s president and chief executive. “The brand is about high-quality luxury, glamour and beautiful fabrics.”

Aquascutum is a player in both the UK and Japanese markets and sees the USA as a natural progression. 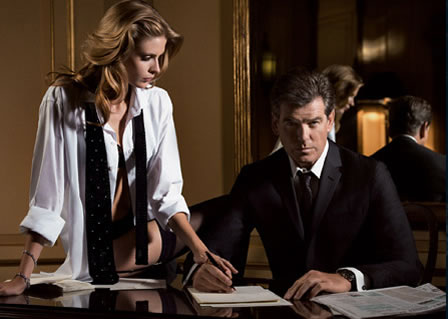 “Launched four seasons ago, the Aquascutum Collection continues its modernist revision of the company’s 155 year-old heritage. Building on its reputation for exquisitely constructed clothes for both men and women coupled with a rigorous attention to detail, Spring/Summer 2007 sees heads of design, Michael Herz and Graeme Fidler, embrace a new mood of simplicity.

â€œWe wanted to create a silhouette that was neither voluminous nor fitted, but much straighter,â€ says Herz of the collection’s new relaxed proportions that are inspired by the shape of a classic t-shirt. Elongated into a shimmering circular jacquard motif shift, this ubiquitous garment is given a refined makeover. Cropped and rendered in pewter-hued, cotton silk overprinted with foil, it morphs into a deluxe shell top. Counterbalancing the austerity of the clean silhouette, Herz and Fidler reveal a renewed focus on surface ornamentation. Influenced by photographer Sam Haskins’ use of natural light and Josef Alber’s collages, utilitarian vests become precious pieces when lined with a dappled-sunlit leaf print or hand-embroidered with an abstracted art deco motif. Similarly, sections of hand-smocking and pin-tucked seams provide textural interest to silk raincoats and cotton macs, random-pleat dirndl skirts and trench-inspired belts for men. While an elegant, moss green silk crepe column dress for evening is suspended from a decorative trompe l’oeil necklace of Swarovski crystals that frames the dÃ©colletÃ©.

Each piece, exquisitely crafted out of the finest fabrics, displays a demi-couture level of luxury. All garments are handfinished and start life draped and folded on the mannequin. The duo also continues to celebrate home-grown craftsmanship. 75% of the textiles are developed exclusively for Aquascutum in native mills, including whisper-light shower-proof silks, deluxe linen voiles and cotton lumi blends. Graphic english rose and leafy tree jacquards come courtesy of Stephen Walters while hand-embroidered pieces are sewn by Hampton Court’s Royal School of Needlework. This season also sees Aquascutum’s first collaboration with Manolo Blahnik on the collection’s shoes. â€œWe’re refining our ideas. It’s always an evolution,â€ says Fidler.

As with past seasons, the designers have delved into the archives, deconstructing vintage pieces and reconstructing them with a modern, irreverent twist. The binding of a vintage 1930s car coat inspires the graphic contrast detail on the inside of both men’s and women’s coats and jackets. An Aquascutum trench coat from the 1970s is re-proportioned to form a narrow ladies coat with a full skirt and dramatic, smocked panel at the back. Paying homage to Lord Raglan – who commissioned Aquascutum at the turn of the last century to produce a coat for his sword arm – most of this season’s outerwear features the low-cut sleeve which has borne his name ever since. Rooted in Aquascutum’s heritage, the designers illustrate how much a part of today’s fashion vocabulary this sleeve-shape has become.” BUY HERE