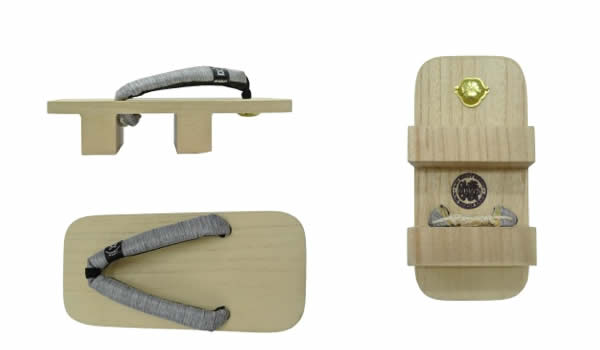 Geta are a form of traditional Japanese footwear that resemble both clogs and flip-flops. They are a kind of sandal with an elevated wooden base held onto the foot with a fabric thong to keep the foot well above the ground. They are worn with traditional Japanese clothing such as kimono or yukata, but (in Japan) also with Western clothing during the summer months. Sometimes geta are worn in rain or snow to keep the feet dry, due to their extra height and impermeability compared to other footwear such as z?ri. 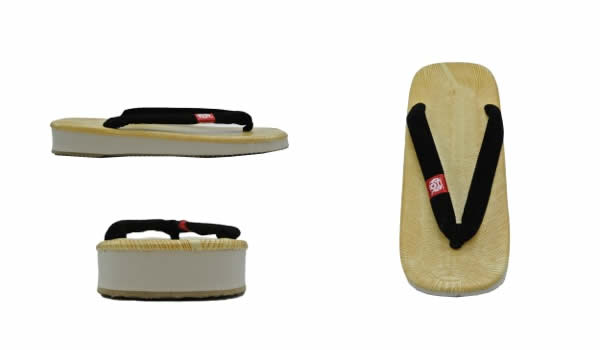 There are several different styles of geta. The most familiar style in the West consists of an unfinished wooden board called a dai that the foot is set upon, with a cloth thong that passes between the big toe and second toe. As geta are usually worn only with yukata or other informal Japanese clothes or Western clothes, there is no need to wear socks. Ordinary people wear at least slightly more formal z?ri when wearing special toe socks called tabi. Apprentice geisha, also called “maiko”, wear their special geta with tabi to accommodate the hanao.