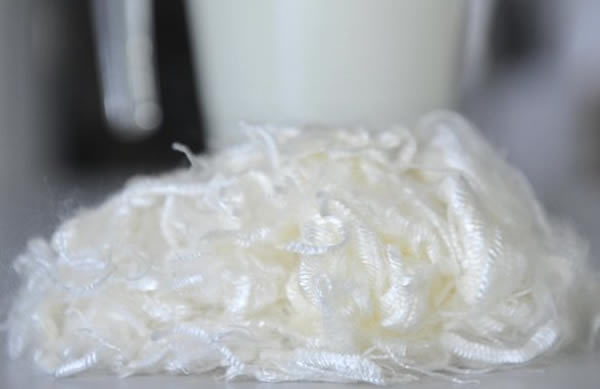 Anke Domaske, 28, has developed a fabric called QMilch made from high concentrations of the milk protein casein — the first man-made fiber produced entirely without chemicals.

“It feels like silk and it doesn’t smell — you can wash it just like anything else,” Domaske told Reuters.

“We have developed an all-natural fiber consisting of a very high concentration of casein, with a few other natural ingredients — and in only two years,” the former microbiology student Domaske said.

The casein is extracted from dried milk powder and then heated up in a type of meat-mincing machine with other natural ingredients. The fiber comes out in strands and is then spun into yarn on a spinning machine.

Domaske said it would take about 6 liters of milk to produce an entire dress, which costs about 150 euros($199) to 200 euros.

What Anke Domaske appears to fail to realise is milk is the source of one of the world’s biggest environmental problems. Cows are known to produce more carbon dioxide than cars. 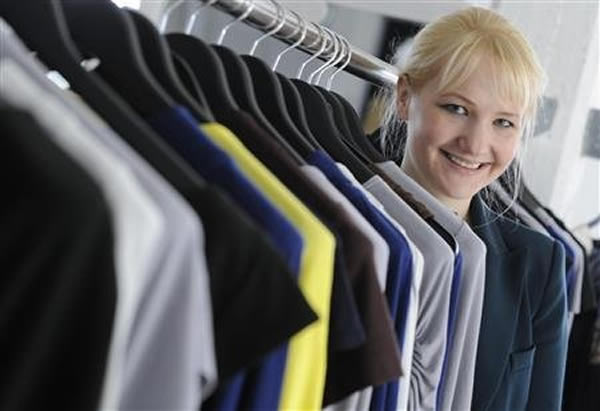