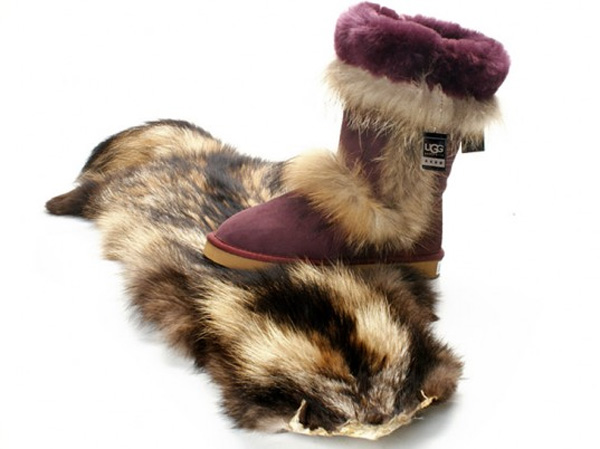 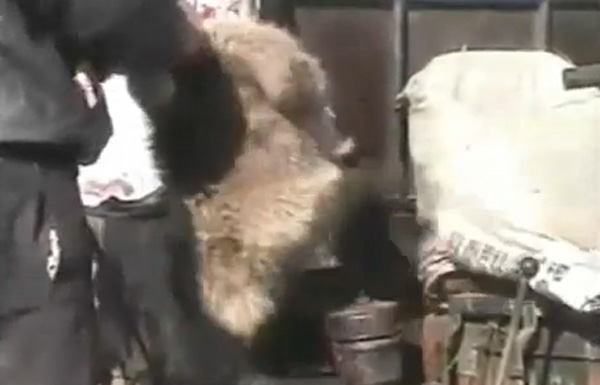 Following Kitmeout’s report on raccoon dog’s being skinned alive to satiate a demand for fur back in 2007, animal-rights group Swiss Animal Protection has uncovered horrifying footage of breeders skinning raccoon dogs alive to make cheap knockoffs of UGGs. Genuine UGGs cost up to $300 a pair, but counterfeiters substituting sheepskin with raccoon-dog pelts and selling them at discounted prices. Despite their name, raccoon dogs are more closely related to domestic dogs than they are raccoons. One animal is shown with its neck pinned to the ground with a heavy boot before it’s skinned alive and tossed onto a heap of carcasses whilst still conscious.

A News investigation has uncovered what appears to be the appalling treatment of animals being killed for their fur in China.

The investigators filmed animals that were kicking and writhing as workers ripped their skin from their bodies. If the animals struggled too much, workers stood on the animals’ neck Or they beat the animals’ heads with knife handles until the creatures stopped moving.

It’s also a very slow process, and they usually start from the feet(paw)-up, giving the animal plenty of time to endure the pain. After their fur was peeled, the animals’ bodies were tossed into a pile like so much trash, Most still alive, breathing in ragged gasps and blinking slowly. One investigator recorded a skinned raccoon dog, tossed onto a heap of carcasses; it had enough strength to lift its bloodied head and stare into the camera.

it raised its head, blinked with its remaining eyelashes and then lay its head down to continue dying for anything from 2-3 Hours.