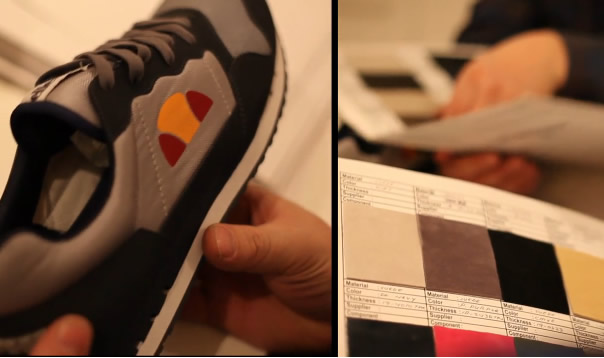 Ellesse was founded by Leonardo Servadio in Perugia in 1959. The name Ellesse derives from the initials of Servadio’s name, “L.S.”

Ellesse grew in popularity during the 1970s as a producer of skiwear such as quilted jackets and ski pants. In 1979, Ellesse’s Jet Pant, a ski pant featuring padded knees and a wide lower leg to fit around a ski boot, was included in an event at the Pompidou Centre in Paris celebrating Italian design.

Another sport with which Ellesse has been closely associated since its early years is tennis. The Ellesse logo references the form of a tennis ball with the shape of the tips of a pair of skis.

Through the 1970s and 1980s, Ellesse gained a reputation for combining sportswear functionality with street-level fashion styling. It was one of the first sportswear brands to feature their logo prominently on the outside of its garments. During the mid-1980s, French designer Jean-Charles de Castelbajac worked with Ellesse, an early collaboration between a sportswear company and a fashion designer. The uk casuals / dressers adopted the brand in the 80s as premium sportswear took off across British terrace culture known today as 80s casuals a talked about comeback style back available in 2011 in limited Ellesse Heritage stores. 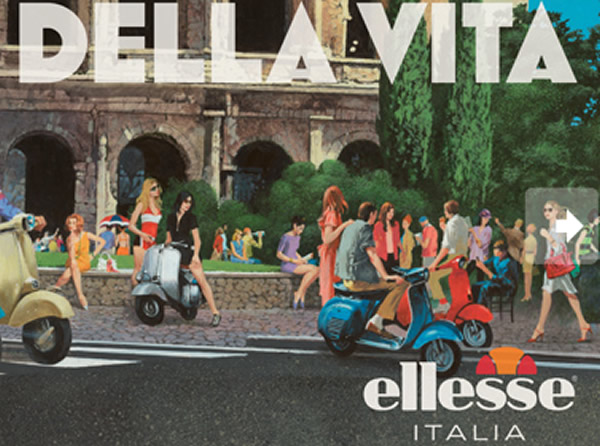