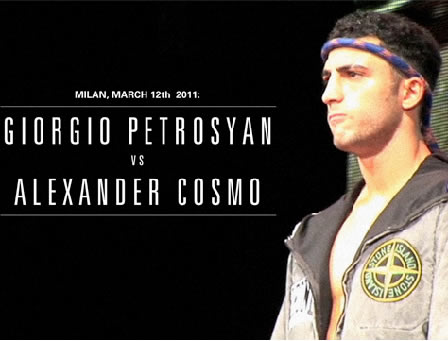 On March 12th, during the Oktagon competition at Milan’s Palasharp, Stone Island has entered the ring for the first time with our Giorgio Petrosyan, K1 World Champion 2009 and 2010.

His match against Brazilian champion Alexander Cosmo was the highlight moment of the international K1 session, and a tough one.
Cosmo, a big player in this discipline, belongs to a higher weight category than Giorgio (indeed he had to lose several kilograms to challenge our champion) and is at least 10 centimetres higher than him.

Knowing this, great was our emotion in seeing Giorgio win, at least as much as the tension throughout the fight. We hope to share with you at least part of these emotions through this video. Kudos to Giorgio!