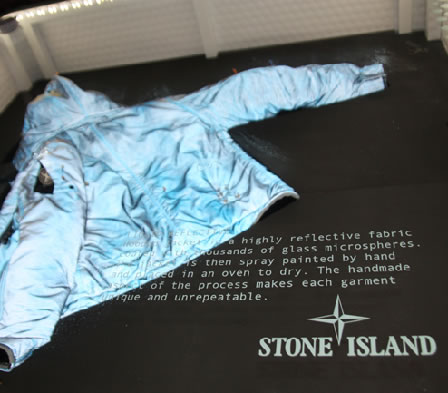 As a partner of the hotel Bayerischer Hof, the most prestigious hotel in Bavaria, Stone Island is playing an important role in the project POLAR BAR – the newly inaugurated temporary outdoor bar located on the hotel terrace on Promenadeplatz.

The project is by Horst Wittmann and Konstantin Landuris, the young, emerging German designers and owners of the studio Hansundfranz, who designed the “POLAR BAR” as a polar station, with a nomadic and very flexible character. Guests get the impression that polar scientists stopped for a little while in the eternal winter to have a party on the ice. 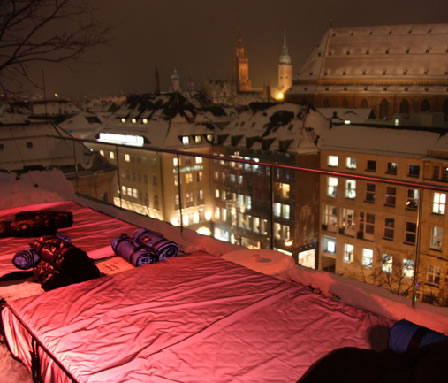 The bar elements are reminiscent of expedition containers and are equally handy: they serve both as the bar counter itself and as storage space. The metal surface with its honeycomb pattern has an industrial look and was originally used in the automotive and aeronautic industry.

Stone Island’s contribution to the project is based on the use of some of its most innovative materials: the Ice Jacket Fabric, the heat sensitive fabric that changes color according to changes in temperature and Reflective Fabric, which is highly reflective owing to its coating of glass micro spheres. These fabrics have been used for the fleece-lined blankets offering protection from the cold and the covers of some of the furnishings. 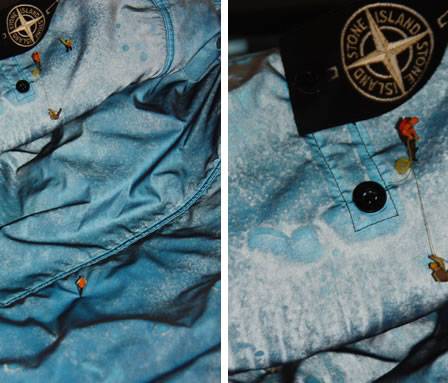 “The POLAR BAR project appealed to me straight away. I found many aspects in common with the Stone Island philosophy. The history and prestige of the Bayerischer Hof Hotel has been combined with a propensity towards modern design exploration in the project by Konstantin Landuris and Horst Wittmann. I am sure that it will be an interesting initiative and hope it will be the beginning of a long association.”

“As a luxury operator, the hotel Bayerischer Hof sets standards for the well being of its guests and at the same time, feels the need to offer them new experiences.”

The POLAR BAR will be straightforward, authentic and always driven by innovative ideas. That was our aim with this project: An aim that reflects the philosophy of STONE ISLAND.” 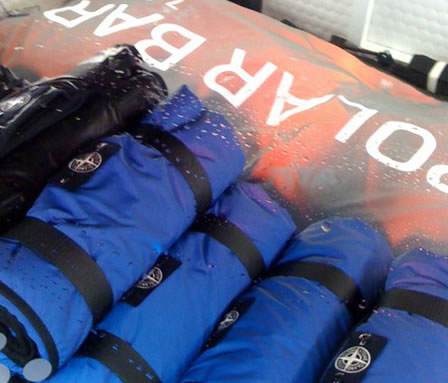 NOHARM – Never Made in Sweatshops!