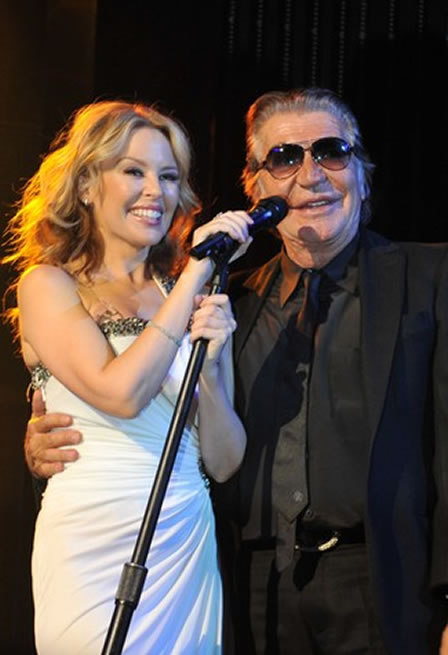 “Happy birthday, Mister Cavalli!” trilled Kylie Minogue from the stage inside the Fine Arts School in Paris, which Roberto Cavalli had transformed into a luxe lounge, complete with animal-print banquettes, for his 40th anniversary bash. “Are you jealous?” the Italian designer teased guests as he jumped onstage and wrapped his arm around the Australian pop singer’s waist, before cutting a giant birthday cake with Heidi Klum. Guests including Janet Jackson, accompanied by her billionaire boyfriend Wissam Al Mana, Tyra Banks, Bianca Jagger, Leona Lewis, Aishwarya Rai and Rachel Bilson gathered for the event, which also featured a performance by dancers from the Crazy Horse cabaret.

Taylor Swift said her new album, “Speak Now,” is coming out Oct. 25. “Twenty-six days left and counting,” she mused. “I’ve been daydreaming about what people think of my new music.” Bryan Ferry said the Mert Alas and Marcus Piggott photos plastering the entrance to the venue would make a perfect Roxy Music album cover. “They are lovely pictures, but our new one is as well,” he said, referring to the portrait of Kate Moss that’s on the cover of his new album, “Olympia,” due out in late October. Klum said she was gearing up for the launch on Oct. 7 of her activewear collection for New Balance, to be sold exclusively on Amazon.com. Craig David revealed that in addition to working on his new album, due out next March, he was testing his acting skills in a TV miniseries set in Miami. Meanwhile, Jenson Button was enjoying life in the fast lane. While he might be lagging in the Formula One championship, Button’s still the boss — Hugo, that is. “I can’t wear Roberto Cavalli’s men’s wear because I’m sponsored by Hugo Boss,” he said. via WWD 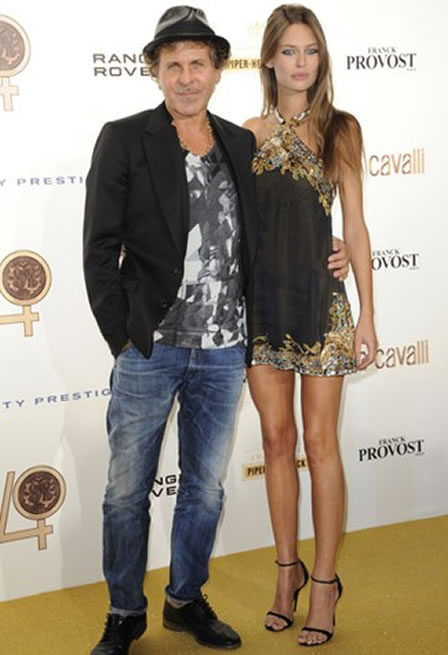