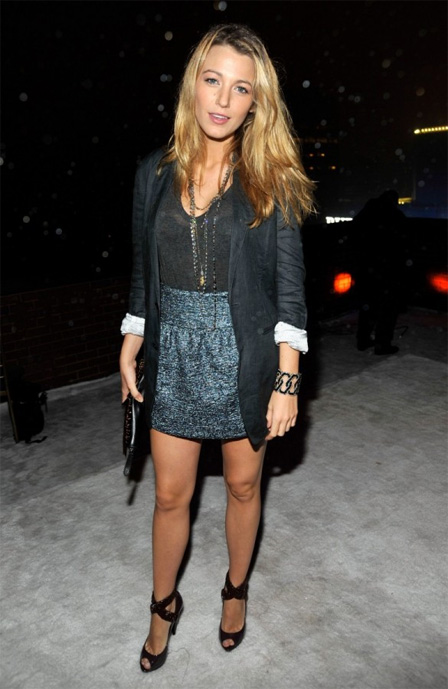 Blake Lively has appeared on the cover of multiple mainstream magazines yearly. In 2007 the list includes Cosmo Girl (November). In 2008 the list includes; Lucky (January), Teen Vogue (March), NYLON (May; with Gossip Girl co-star Meester), Seventeen (August), Girls’ Life (August; with The Sisterhood of the Traveling Pants co-stars Tamblyn, Bledel, and Ferrera), Vanity Fair (August; with Kristen Stewart, Amanda Seyfried and Emma Roberts) and Cosmopolitan (September). In 2009 the list includes Vogue (February cover), Allure (May), Rolling Stone (April), Glamour UK (August), Nylon (November) and Marie Claire (December). In January 2009, Lively was voted one of the top “35 Most Stylish Women To Look Out For” by Glamour UK. Lively was placed at #33 on the Maxim Hot 100 List in 2009, and number 5 in 2010.

Androgynous Fashion – a bone of contention