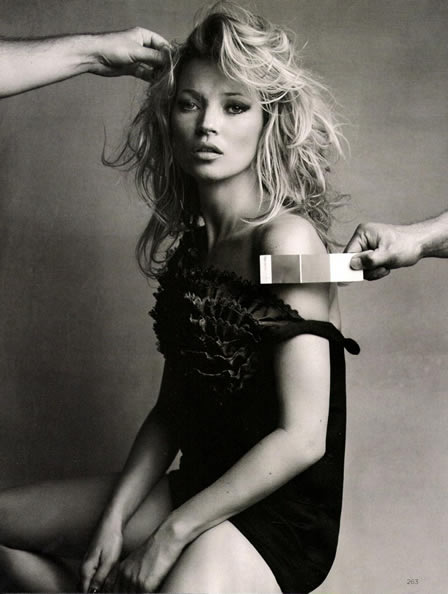 Marking her thirtieth British Vogue cover, supermodel Kate Moss takes over the September issue of Vogue UK in her typically irreverant style. Photographed by Patrick Demarchelier, Moss does her thing. Definitely worth a closer butchers.

Katherine Ann Moss (born 16 January 1974) known as Kate Moss. She has appeared on over 300 magazine covers. She is known for her waifish figure, uncommonly short height for a fashion model, and appearances in many advertising campaigns. She is also notorious for her high-profile relationships and party lifestyle.

Moss was born in Addiscombe, Croydon, London to Linda Rosina (Shepherd), a barmaid, and Peter Edward Moss, a travel agent. Kate has a younger brother named Mick and a half-sister and half-brother. Moss’s parents divorced when she was 13. She attended Ridgeway Primary School and Riddlesdown High School in Purley. She was not particularly noted for her academic success, although she did excel at sports. According to Fred Vermorel’s Addicted to Love: Kate Moss, “Out of eight GCSEs she scraped through with one C (in Science) and all the rest were Ds, Es and Fs” 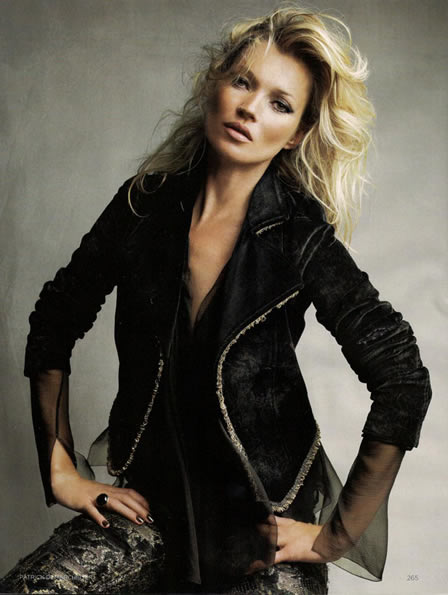