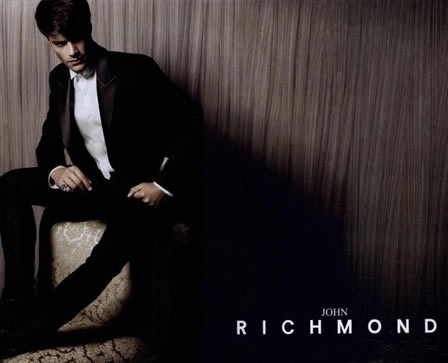 John Richmond was born in Manchester and later moved to London, where he completed his studies at Kingston University in 1982. He immediately created a collection under his own name, and soon emerged as a leading exponent of the British avant-garde. The current collections are organised in two lines: the first line “John Richmond”, and the diffusion line “RICHMOND” containing both a prêt a porter and denim range.

In 1995, John contacted Italian entrepreneur Saverio Moschillo with the possibility of expansion abroad. That year they solidified their firm friendship and began a professional partnership. Through Saverio Moschillo John was able to produce his collections at Falber Confezioni based in Forli, and use Moschillo’s global distribution network with showrooms across the world. The high quality of Falber’s production, the strength of the Moschillo showroom and staff, and above all the mutual respect and trust between the two partners are the key to the brand’s success.