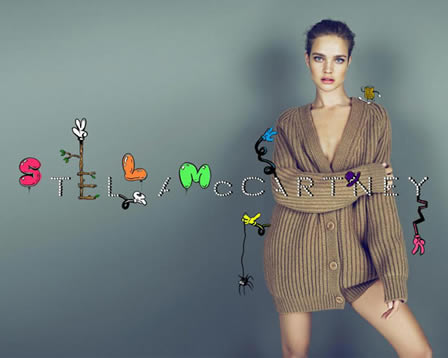 Natalia Vodianova adds yet another campaign to her portfolio this season with the fall advertisements of Stella McCartney, lensed by Mert Alas and Marcus Piggott. Nice idea with the letters and Natalia looks really good too!

Born in Gorky, USSR (now Nizhny Novgorod, Russia), Natalia Vodianova grew up in a poor district of the city with her mother and two half sisters, one of whom has cerebral palsy. As a teenager, Vodianova helped her mother sell fruit on the street and later set up her own fruit stand with a friend to help her family out of poverty.