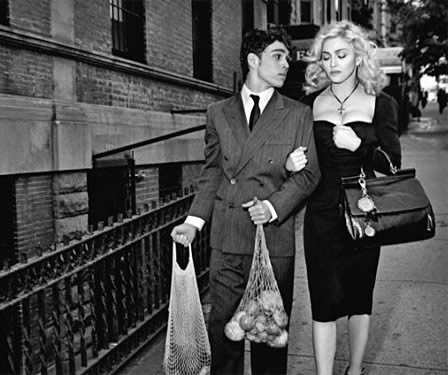 Meet Max Schneider, the 17-year-old who appears with Madonna in the new Dolce & Gabbana campaign, and who already boasts a quadruple-slash job description: actor-singer-dancer-model. This impressive young man is a senior at a performing arts high school that has no problem with him leaving school to work for a day on something like the fall 2010 Dolce campaign, which he shot in Harlem with Madonna in April. Get your minds out of the gutter (he hardly has facial hair!), because Max isn’t her new Jesus Luz — he’s supposed to be her son.

It was very comfortable. She walked in the room, and I’m a big Madonna fan so I was expecting it to be nervewracking but she walked in and it was totally fine. I felt like her son for the day, I was supposed to be her son in the ad campaign actually. She was just so nice to me, it wasn’t like I was some random kid, she really treated me with respect and I truly respected her for that. She’s such a superstar but she treats you as though you’re on the same level. It was really incredible and she’s just a very nice, sweet person. I was pleasantly surprised.