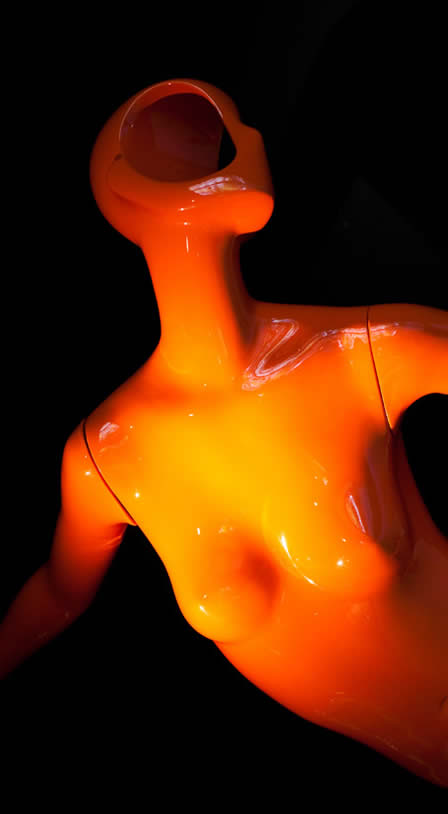 The art of Fashion Merchandising was born at the beginning of the 20th century when the first mannequins inspired by wax dolls were carved in wood, they were extremely heavy.

Until the ’20s, with the popularity of Hollywood movies, mannequins acquired more realistic features that mirrored those of famous stars.

With the arrival of World War II, life changed and the mannequins lost their Hollywood smiles, replaced by serious, no-nonsense ones. By the ’50s, mannequins became pop art; they celebrated surrealism with an abstract quality.

The women´s revolution of the 1960s depicted two different visions, on the one hand the housewife mannequin and at the other extreme the androgynous mod look epitomizing the model of the decade -Twiggy.

The 1970s saw the introduction of Black, Asian, and Latino mannequins, reflecting the growing ethnic mix in the country. Also mirroring the turbulent decade, mannequins with facial expressions of pain, worry, and stress became in vogue. In the 1980s, the big capitals got “physical,” and mannequins took running and leaping poses.

The century ended with avatars, robots, ecological crusades and super heroes ready to save the planet.

Atrezzo, European leader, trendsetter in design, distribution and marketing of mannequins and visual supports, revolutionizes the visual merchandising market launching a collection of mannequins inspired by the fundaments of contemporary dance, as a profound process that reflects historical changes, aesthetic movements and existential themes.

The Rock Eco Collection is based on a choreography of poses where movement is centered in the body as the instrument that stands out for its strength and flexibility. The head becomes lighter than ever representing the disharmony between the individual’s search for meaning and the apparent meaninglessness of the universe, a delight of the absurd.