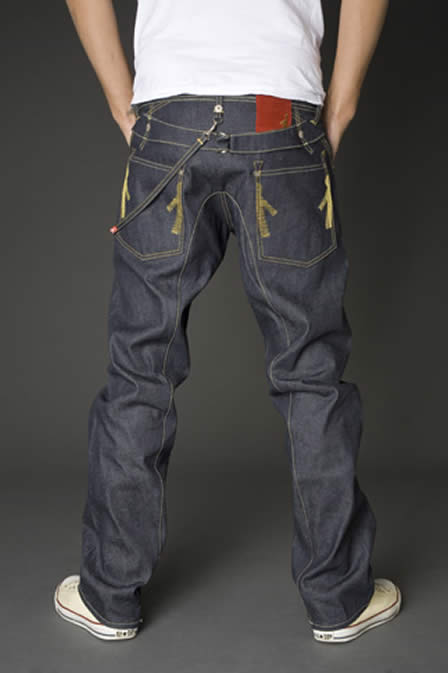 Big Thanks to Phil over at Ijin.

Every now & again nostalgia strikes & reminds us mere mortals that memories are part of our make-up.
In 2003 Phil Ijin had a vision of the alternative indigo item, with strong reference to the On Ko Chi Shin mentality & subliminal critical path for approach to design:”Respect the Past & Create the New.”

A modern day classic was born in the form of a denim jean that has stood the test of time & which we should remind ourselves , looks as fresh today as it did more than 6 years ago.There is still an understated elegance to the silhouette of this leg which is cut from a single piece of folded denim & has survived the initial onslaught of copies ( Hugo Boss launched a complete denim line based on the signature Ijin model : Shame on you….) because of the numerous & intricate heritage details & the default original & highly technical cutting method that Phil Ijin invented in the Ijin Italian workshop.

A stalwart for maintaining a slightly edgy, left field stance, The Foldedge Backstrap has firmly set the standard for contemporary 5 pocket denim & ranks as one of the true new Classics of the last decade, whilst still looking as fresh faced as ever in 2010.

As Rudyard Kipling said ”Lest We Forget”