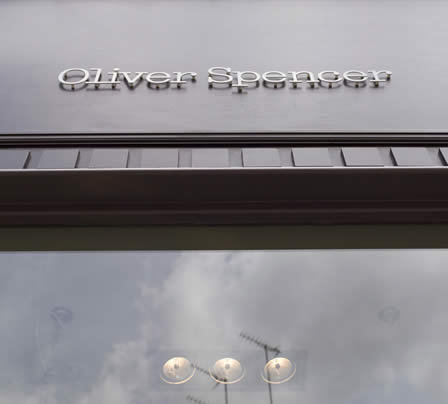 Topman has launched a new capsule collection of shoes designed by British designer Oliver Spencer. The collection will be available from the London and New York flagship boutiques, as well as online. Oliver founded his own label in 2002 and now has flagship stores in both New York and London as well as being stocked in some of the world’s most respected outlets. He wanted to create a collection that reflected his own wardrobe: a bridge between popular streetwear and traditional tailoring. The brand is an expression of modern man; his tastes, his touch, his style.

Oli’s main inspirations come from hunting and the military. He adapts bits of Americana and ideas from Japan into his cool, English aesthetic. He admires Sandy Powell, costume designer for the Martin Scorsese movies Gangs of New York and The Aviator, as much as any fashion designer.

Oli has gained a cult following due to his use of quality fabrics, characteristic detailing, modern fitting, old-school construction and exquisite craftsmanship-characteristics which has been perfectly demonstrated in the new range of shoes.

“Oliver has that innate skill of being able to reinterpret an iconic menswear item and with just the slightest tweak of proportion, colour and fabric, redefine it as a modern classic. This Topman collaboration epitomises this with a collection that is both referential yet distinctively new”, commented Gordon Richardson, Topman design director.