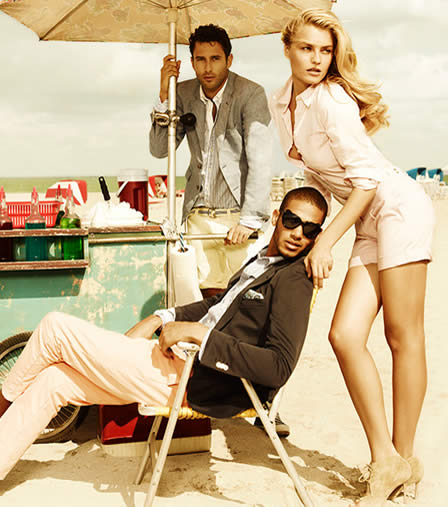 The Tommy Hilfiger fashion group is being bought by the owner of Calvin Klein, Philips-Van Heusen. The £2bn deal will create one of the world’s largest clothing companies with $4.6bn revenue. Tommy Hilfiger is being sold by private equity firm Apax partners who bought it for $1.6bn in 2006.

“I look forward to remaining actively involved in the business,” said the company’s founder and principal designer, Tommy Hilfiger. “This is the next phase in the global evolution and expansion of the Tommy Hilfiger brand.”

Chief executive and chairman Emanuel Chirico hopes buying Tommy Hilfiger will help them launch some of their brands internationally, “leveraging a combined global platform”. He expects 60 per cent of their revenue to come for the US and 40 per cent from overseas. Philips-Van Heusen also expects to save $40m of cost synergies through the deal.

Tommy Hilfiger began in 1985 with a men’s clothing line, and expanded into shoes, perfumes and women’s and children’s clothing. Their performance stalled at the end of the 1990s but over the last four years Apax partners have restructured and repositioned the business, expanding from 574 stores to over 1,000 outlets.

They said today they expect revenue for the year ending March 2010 tobe $2.25bn.

RMC Jacket in a Toy!