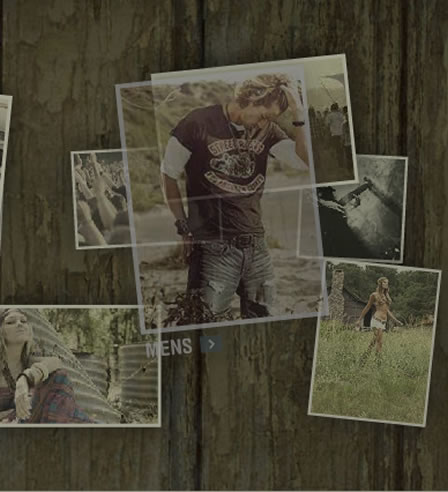 How True Religion jeans got started

To build his brand, founder Jeff Lubell gave pairs of his True Religion jeans away.

My dad was in the clothing business and moved to L.A. with a New York apparel company when I was 20. I asked if I could work for him. He said, “Why don’t you get a job in textiles first and learn the industry?”

So I got a job at a swimwear company, which was fitting because I was captain of my high school team. I ended up staying in the textiles industry for 25 years.

When I decided to launch True Religion, I went to industry leaders like Mickey Drexler, who was then at the Gap, seeking backing. I couldn’t find private money, but I eventually found a jeans manufacturer to help me get my brand started.

I had a concept to create a unique line of jeans with colored stitching and lower pockets. I designed a myriad of styles, and I produced about 14,000 pairs before I sold a piece. Usually you do it the other way around — you make a sample line, go to market, get orders, and ship your production.
0:00 /1:43Post-Turkey Day price carving

I went to Fred Segal on Melrose and showed the jeans to a guy who was running the jeans bar. He hated them. I knew his boss, so I showed her the line, but she said, “I don’t get it. I don’t think my customer is going to get it.”

It took me an hour to wear her down, but she finally took 24 pairs. A month went by, and I went back, and they’d only sold two pairs. I asked the sales guy if I could give him a pair free. He and the other workers came out to my truck and I gave them the jeans.

Four days later I went back and couldn’t find my jeans. I asked where they were, and he said, “People would come in and ask, ‘What are those that you’re wearing? I want those.'” They sold out.

Secrets of my success

Manufacture locally
It’s expensive to make jeans in L.A., but there’s a value to doing it locally. We can produce small runs and then gauge the market reaction before we make larger investments. It allows us to be flexible when introducing new styles.

Protect your name
We combat counterfeiters daily, both online and on the street. We hire experts to seek out the source of the problem, and we work with government agencies around the world. It costs a lot, but you have to be really vigilant.

Outsource everything
I didn’t want to own anything, so I depend on my contractors to do everything. They’ve already made significant investments in fixed assets. By working with them, we benefit from their experience.

STONE ISLAND AND 30 YEARS OF HISTORY