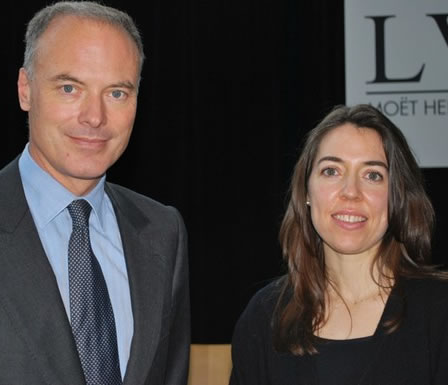 GOING GREEN: Renaud Dutreil does his part to make New York a greener city. Every morning, the chairman of the U.S. arm of LVMH Moët Hennessy Louis Vuitton cycles to work, and carefully locks his bike at the red, stiletto-shaped rack by Bergdorf Goodman. On Monday, Dutreil and LVMH took their commitment to a better environment a step further. At a press conference, Dutreil unveiled the second installment of the luxury conglomerate’s partnership with the American Composers Orchestra, featuring a contest to find an orchestral work inspired by the theme “A Greener New York City.” Submissions for the “Greener New York City” piece are due Jan. 15, and the winner will be revealed in March. Erin Gee, the first competition’s winner, gave a performance at the event, which took place at the LVMH Tower. Gee’s LVMH-commissioned piece will premiere at Carnegie Hall on Nov. 30. WWD