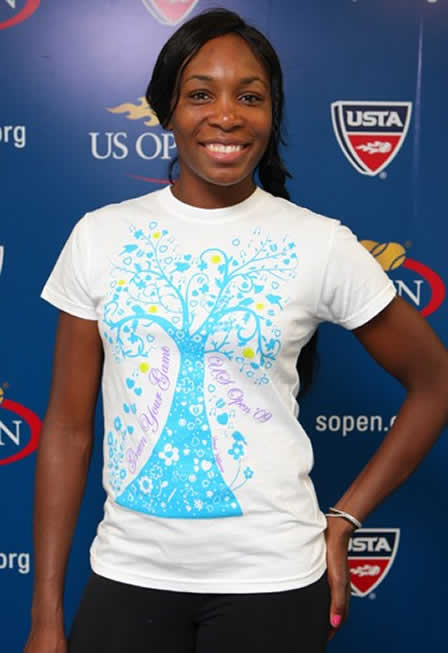 Venus Williams is participating in the U.S. Open tennis tournament, which kicked off on Monday, with more than just her game. Williams, who launched her own fashion collection EleVen in 2007, is also bringing her design acumen to this year’s official U.S. Open merchandise with a U.S. Open T-shirt that is eco-friendly and will be sold at the tournament and USOpen.org. Williams said the piece combines three of her interests — “tennis, fashion and the environment.” she said. A part of the profits from the $36 T-shirt will go to the nonproft Unisphere Inc. organization, which maintains and preserves Flushing Meadows Corona Park, where the tournament takes place.

The T-shirt is part of the United States Tennis Association’s green initiatives this year, which include, among other things, recycling receptacles on the grounds, biodegradable utensils, plates and cups handed out to tennis fans, and recyclable tennis ball cans used for matches.