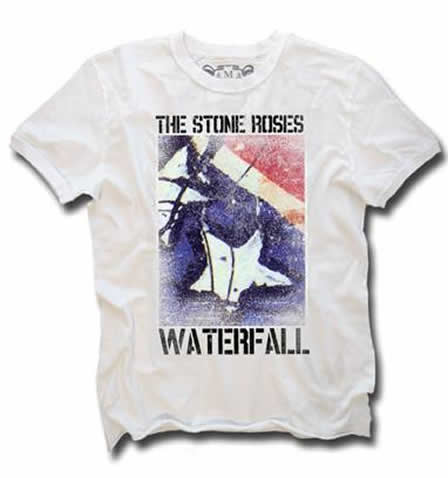 Mad for it t-shirt brand ‘Amplified’ bang the drum about the most legendary groups and have produced these ‘Stone Roses’ prints to mark the 20th anniversary of the groups self titled debut album ‘Stone Roses’.

The range is a collection of authentic cover art work from the bands biggest and earliest collection of chart singles including I Wanna Be Adored, Sally Cinnamon, She Bangs the Drums ands and Waterfall. The group’s eye catching Pollock-eque artwork is as an important aspect of the group’s baggy legacy as much as the creeping bassline, waves of cool guitar hooks and Browns effortless nonchalant vocals of “I Wanna Be Adored”. 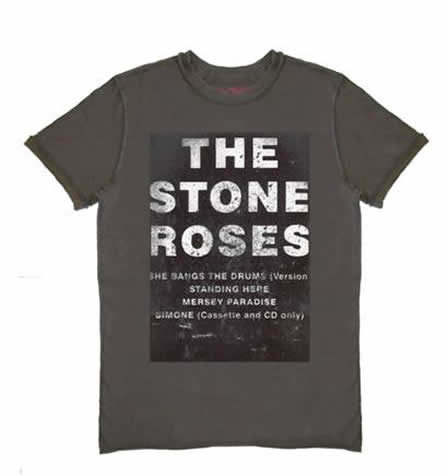 The Band had intended to purchase an authentic Pollock painting to use for their album cover but couldn’t get Silvertone Records to commit to the £¾ Million asking price. It was then left to the bands guitarist John Squire to copy a Pollock to the best of his ability, the result was arguably one of the most iconic album covers of all time. 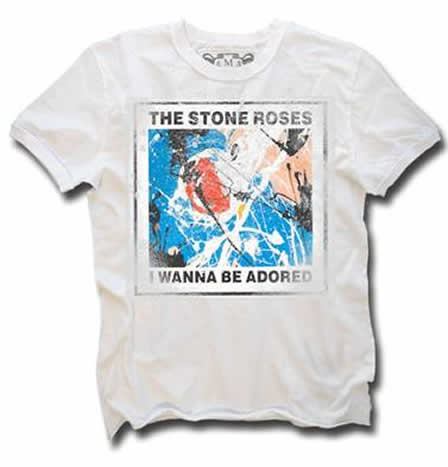