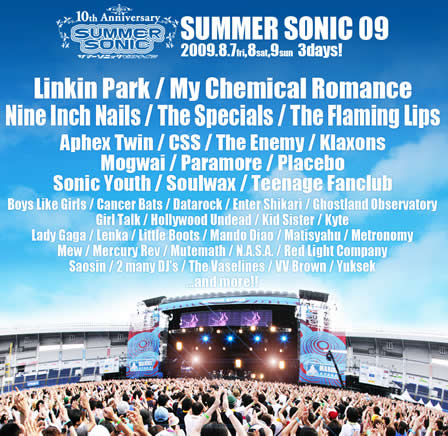 To celebrate the 10th anniversary of Summer Sonic, the biggest music festival in Japan, Paul Smith is having an exhibition in the Paul Smith Box Gallery, Tokyo showcasing 10 years of the festival’s posters and t.shirts. The exhibition starts on the 10th July and will run till the 9th August.

Paul Smith Jeans has been an official sponsor of the festival since 2003. The actual festival takes pleace 7th – 9th August and is split between Tokyo and Osaka.