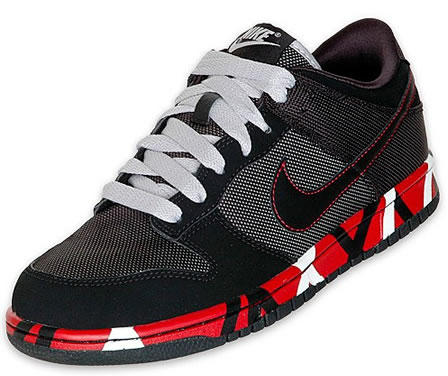 ELVH alleges that the design of certain Nike Dunk Low styles infringe on the copyright the company holds for the red-white-and-black-striped pattern Van Halen made famous on his “Frankenstein” guitar — and for which the musician has held the copyright since 2001.

Citing “irreparable harm and damage,” ELVH is asking for the impoundment and destruction of all the shoes in question, as well as all profits from the sale of the shoes and damages.

Lawyers for Van Halen said they had no comment beyond the filing, preferring, they said, “to try cases in court.”

In a statement provided to FN by a brand spokesperson, Nike said it was aware of the lawsuit but did not believe it to have merit. “Based on the information provided to us, we have not infringed on any rights held by Mr. Van Halen,” it said. “Nike’s Dunk shoe design is not substantially similar to any of the Van Halen designs, and Nike has not referenced the ‘Van Halen’ name or image as part of any marketing campaign or promotional material associated with the shoe.”