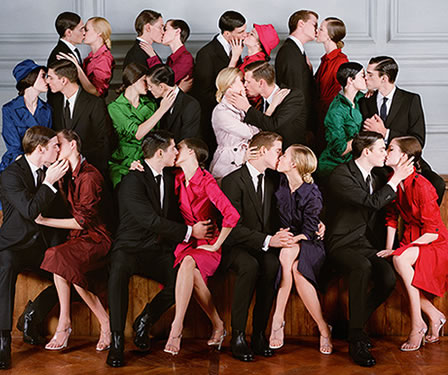 Aquascutum’s owner is believed to be in talks to sell the brand to YGM Trading. It emerged on Friday that Kim Winser, the CEO of Aquascutum, has quit after failing in a rival bid that she had spent 12 months trying to negotiate. According to sources at Daiwa Securities, the bank that is handling the sale, the talks with YGM are at a delicate stage.

Aquascutum has been owned for the past 19 years by the Japanese company Renown, but the group has been experiencing financial difficulties and is keen to raise cash. The impending sale has caused huge anxiety within Aquascutum, particularly over the future of its factory in Corby, Northampton-shire, where 120 people are employed making the group’s expensive clothing.

Lord Mandelson, Secretary of state for Business, Enterprise & Regulatory Reform, is taking a close interest in the matter, and through the British ambassador in Japan has contacted Renown to ensure British jobs will be protected. The government is also thought to have notified David Norgrove, the pensions regulator. Aquascutum, which employs 400 people in the UK and has annual sales of about £200m, is thought to be faced with a sizeable deficit in its pension fund. Norgrove will want to ensure that some of the sale proceeds are used to reduce this deficit.

The great majority of Aquascutum outerwear is made in England at Northamptonshire factory underscoring the company’s support of the British textile industry and ensuring impeccable standards are maintained.

Made in England pieces celebrate all the British hallmarks of Aquascutum – attention to detail, traditional craftsmanship and authenticity. Aquascutum invented the first waterproof cloth in 1853 and created the raincoat to protect English gentlemen and ladies from the elements and preserve their stylish appearance. This understated approach to solving a perennial fashion problem (how to look elegant in the hustle and bustle of city life) has continued for over 155 years.