WIN a bottle! Burberry, The Beat for Men 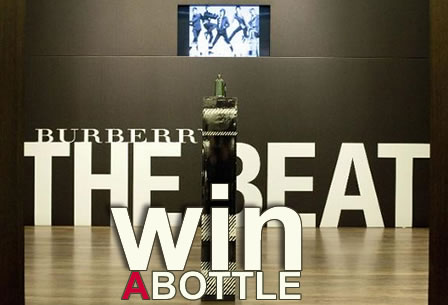 Burberry is offering Kitmeout Users the chance to win a bottle of their new fragrance Burberry, The Beat for Men. To WIN a bottle email your name and address to burberrythebeat@kitmeout.com

Burberry The Beat for Men is the scent of an effortless British style, heavily influenced by music – the fragrance was inspired by a soundtrack of bands such as The Arctic Monkeys, Razorlight and Kings of Leon.

“We wanted to create a fragrance that expressed disheveled elegance – an unforced look, style and attitude that is young, modern, masculine and dynamic. Articulating the creativity, positivity, energy and open-minded, individualistic, effortless approach of The Beat man.”
Christopher Bailey