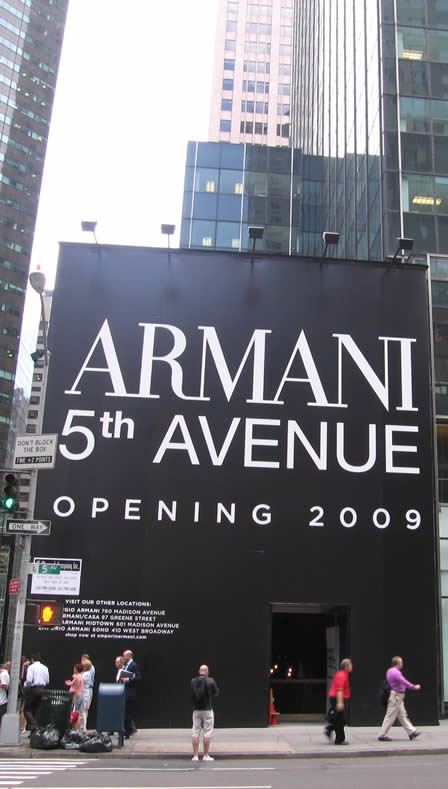 Armani disclosed that in honor of the store opening, he is making a $1 million donation to The Fund for Public Schools, which seeks to bring in private investments in school reform and works to inspire more involvement by New Yorkers in the local school system. Armani made the announcement at a press conference in the store, in the presence of Mayor Michael R. Bloomberg; Caroline Kennedy, vice-chair of The Fund for Public Schools, and Joel I. Klein, Chancellor of the New York City Department of Education.

The grant will establish the multiyear Armani Arts Institute umbrella program, which will support arts programs in public schools in underserved neighborhoods, with an emphasis on schools in the Bronx. In fact, the Mayor said the designer even took the subway up to the borough on Tuesday.

Armani also shared his view of America under President Obama at the press conference.

“I wouldn’t want to be in Mr. Obama’s shoes,” the designer said, adding change isn’t easy. Yet he remained enthusiastic about Obama, calling him “a young president, looking good.…He moves like a young person,” he said.