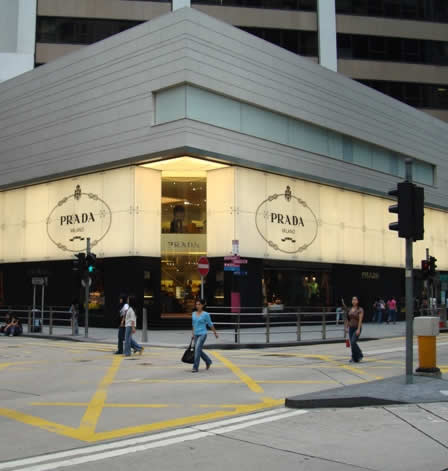 Friends of the Earth claim a sign board at Prada’s flagship store in the central business district in Hong Kong was needlessly illuminated from dusk until dawn, the South China Morning Post reported.

The group’s activists in other cities found that Prada’s Beijing store was lit up until at least 4am, while stores in Singapore and Taipei showed more restraint but the signs were still illuminated until 2:30 am.

Hahn Chu, Friends of the Earth’s environmental affairs manager, said Prada showed “no taste at all in this unrestrained quest for brightness. The consequences are a waste of energy and an unnecessary emission of greenhouse gases. If Prada does not stop the light pollution, we will appeal to consumers to boycott it.”

Chu added that a letter has been sent to Prada asking the company to turn off the signs at a reasonable time.

He said: “We have also written to two Beijing-based green groups to ask them to follow up the issue there.”

A Prada spokeswoman said the company was considering its options for the Hong Kong shop. “The exterior lighting is part of our architecture design and we are reviewing options to reduce the lights,” she said.