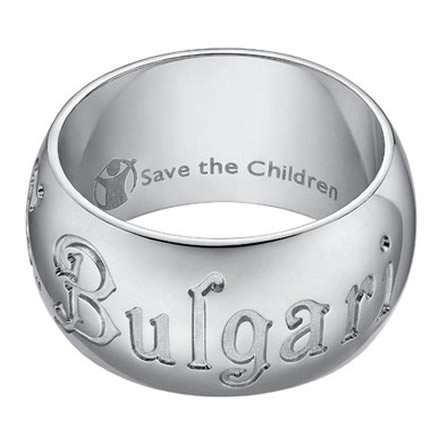 Bulgari will mark its 125th anniversary with high-wattage celebrations and a charity initiative. The Roman jeweler has joined forces with Save the Children for a project called Rewrite the Future. The goal is to provide education to eight million children living in conflict-affected areas by 2010. Bulgari said it aims to raise 10 million euros, or $12.8 million at current exchange, and has designed a silver ring, engraved with the Bulgari and Save the Children logos, which will go on sale from Feb. 1 to Dec. 31, with the price fixed at $290 and 290 euros. Other events on the agenda include a retrospective titled “Tra Eternità e Storia” (Between Eternity and History) that will be held on June 4 in Rome, while 15 pieces of high jewelry and eight exclusive timepieces will be auctioned off in December 2009 in New York.