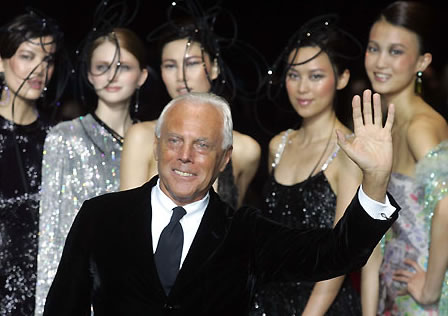 “Ginza is literally an intersection that is now attracting a diverse and international cross section of fashion consumers who are attracted by the energy and excitement that has been created there.” Giorgio Armani said.

Giorgio Armani, one of the world’s most successful fashion designers, has unveiled his concept for a new Armani/Ginza Tower in the high-profile shopping district of Japan’s capital. The concept is approximately 65,000 square feet over 12 floors and two basement levels. Set to open in November, the space will feature the Giorgio Armani, Emporio Armani and Casa collections, along with the brand’s first spa, an Italian restaurant and a PrivÃ© bar. There also will be showrooms and the new corporate headquarters of Giorgio Armani Japan Co. Ltd.