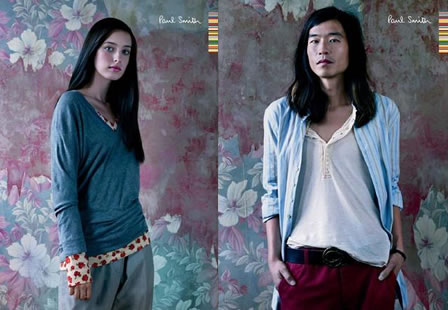 Paul Smithâ€™s latest advertising campaign for SS07 sees the continuation of the theme of â€˜realâ€™ people from the AW06 campaign.

The campaign continues to focuses on individuality with around 20 ‘real’ people including number one selling recording artist Mika and a member of the band, All American Rejects being shot by photographer Julian Broad. The campaign will be featured in GQ, Vogue, and Elle amongst other publications.

The campaign was shot at the studio called Master Shipwrights House in Deptford south east London on the banks of the Thames. The studio has changed very little since it was occupied by its Maritime owners in the 1700s. The shoot adopted the style of old fashioned portraiture and the studio space afforded the models to â€˜sitâ€™ for the photographer in ways that their Victorian predecessors did for painters.