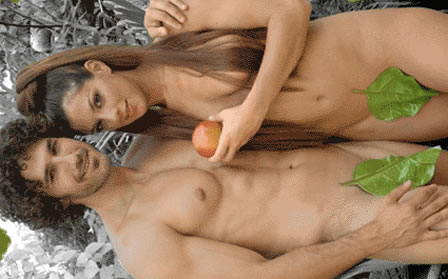 As part of PETA’s “Rather Go Naked Than Wear Fur” Campaign, a group of plucky volunteers stood on the corner of Melrose Place in Los Angeles on Thursday in only a PETA banner to protest the opening of the Oscar de la Renta store. The store had originally been planed to open Thursday, but is still under construction. â€œWeâ€™re targeting Oscar de la Renta because they sell fur,â€ said protestor Melissa Sehgal, who added the demonstration was also directed at Marc Jacobs which has three stores on the street for using fur. Sehgal said PETA hopes the two companies will sign a written agreement promising to stop selling fur.