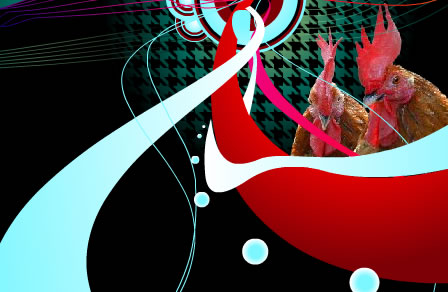 The French brand was founded in 1882 by Emile Camuset. Le Coq Sportif is the French sporting mark with the richest history thanks to supplier partnerships with teams, events and prestigious athletes from the 50â€™s to the 80â€™s. Let us quote the French Federation of Football, the French Federation of rugby, supplier of all jerseys for the Tour de France, the delegation of the athletes for the Olympic Games during more than 10 Olympiads, Ajax Amsterdam and Johan Cruijff, Michel Platini, Yannick Noah winner of Roland Garros, Argentina Federation of Football double winner of the World cup, the Italian Federation of Football winner of the World cup in 1982, Guy Drut Olympic champion in 1976, Arthur Ashe, etc â€¦ NÂ°1 European brand during the 70â€™s and the 80â€™s, Le Coq is back on track since 2006 thanks to a new performing team developing a new exciting project to reposition the French brand as the alternative in urban chic sportwear market. 2007 promises to be another step back to the top for Le Coq Sportif.