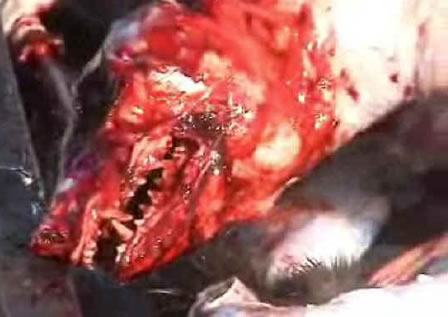 Jay-Z and Diddy’s design ranges of “faux fur” coats are actually made of dog fur. Tests carried out by the Humane Society of the United States have found that coats in Diddy’s Sean John label and jackets from Jay-Z’s Rocawear line are made from the fur of raccoon dogs.

CEO and president of the animal rights organization, Wayne Pacelle, said: “It is abhorrent that someone purchasing what they think is ‘faux fur’ is actually getting fur from a type of dog that may have been skinned alive.

“False advertising and labelling of raccoon dog fur is rampant in the fashion industry, and the amount of potential consumer deception is staggering.”

The Humane Society said it had informed Jay-Z and Rocawear about the problem over a week ago, but no corrective action was taken and the jackets were still featured on the fashion firm’s website, being sold for USD265.

But on Tuesday (16.01.07), a Rocawear spokesperson announced that as soon as Jay-Z was informed about the use of dog fur he had the jackets removed from his line.

The representative said: “We were not aware that our product included raccoon dog materials. We have immediately instructed all manufacturers and licensees that no product can be produced using this fur. In addition we have removed those items from our website.”

These garments have also now been withdrawn from sale. Raccoon dogs are an endangered species from Asia which belong to the canine family and are being killed for their fur in China.