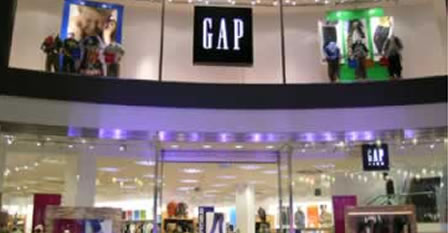 “Gap, the largest US speciality clothing retailer, will on Monday launch an eight-week US television advertising campaign for its more than 3,000 Gap brand stores, as part of a comprehensive drive to turn around almost two years of falling sales. The TV ads are tied to the launch of the brand’s autumn clothing, and mark what some industry analysts see as a make-or-break moment for Paul Pressler, chief executive since 2002.

Cynthia Harriss, president of the Gap brand, has been working over the past year to re-establish its reputation for selling stylish casual basics, after unsuccessful forays into dressier clothing, epitomised by its use of Sarah Jessica Parker, star of the Sex and the City TV series, in its marketing two years ago.

“We’ve been re-establishing the essence of our brand and developing a clear point of view about what we stand for,” Ms Harriss told investors last month.

Gap is now returning to TV ads after a year’s break, with a range of artists that Ms Harriss describes as “individual style makers”, including Jeremy Piven, the actor, and Natasha Bedingfield, the singer.”