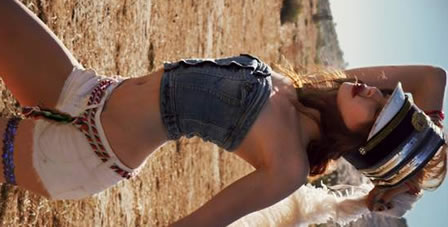 REPLAY 25TH ANNIVERSARY — Replay celebrates its 25th Anniversary with 3 special events in the San Gregorio Abbey, the Group’s prestigious location in Venice. Three unique concerts will be performed by worldwide famous artists on June 19th, July 18th and with a grand final in September 2006. The concerts will be produced in partnership with MTV and aired by the musical channel.

For the special Anniversary Replay will also produce an exclusive limited edition denim: a classic 5 pockets denim with particular details recalling the brand’s origins. Each denim will be packed in a canvas suitcase with leather details and its peculiarity will be a golden button.