Kitmeout is privileged to receive the following KU Biography and Philosophy:

The first KU collection was shown in the fall of 1991. At that time, workwear, urban street rap was all the rage. A very “f you” attitude.

There were NO Asian brands or motiffs being used. At the time, Japanese buyers were always looking to USA and Europe to bring fashion into Japan. Japanese society was still trying to “catch upÂ  with the west” after world war 2. It never occured to them that their own style of fashion could be cool.

We exhibited our first collection in fall 1991, and the Japanese buyers were stunned. Then they went to the USA, and an American company put the “cool stamp of approval” on Asian sensibilities. While there were Aisan deisgners (Issey Miyake etc) at the time, these desigers were styling more western fashion.

KU WAS THE VERY FIRST ASIAN BRAND WORLWIDE. Everyone in Japan knows KU. We were also the first to use dragons. When KU came out, the only place to find dragons was at a karate studio.

Tokyo was the fashion capital at the time, and all three fashion houses were carrying KU at the same time (beams, ships and united arrows). This is unheard of, to this day. THERE SIMPLY WAS NO CHOICE, KU HAD THIS MARKET TO ITSELF.

When the fashion capital moved to london in about 1993 – 1994 KU was picked up by Duffer of St George and Jones in Covent Garden. This was followed by the new Urban Outfitters store on Kensington High Street.

We took the brand name from a Zen Buddhist saying “shiki zoku ze ku, ku shoku ze shike.”. in english this translates as “form is void, void is from”Â  void being the spiritual world KU. This saying is found in the book “Way of the Samurai”.

This is the design consideration of all KU garments:

We believe the process (essence) of each design is what gives the garment lasting value. We do not chase trends, nor do we turn away from them. KU naturally expresses it’s ideas in garment form. We never stray from our design philosophy: 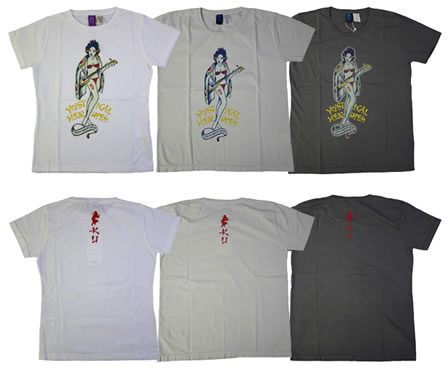 Enlightenment is the core of our theme. Humans are the core reason of what we do. Materialism is not.

Clothing as a tribute to the perfected human, with a mind of his own.

This is the KU Style:

There is a meaning to every single fabric and design in KU Style. These meanings reach the mind of those who wear KU. Helping them to become sublime!

KU contemplates against materialism. Clothing with no meaning is just a material item. Fashion is simply an element which compliments Human’s beauty. A meaning is needed in the process, for practical clothing to become independent fashion.

Contemplate the MEANING to create…….is what KU does.