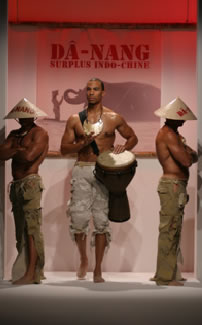 Many fashionistas attribute the term Transatlantic Maharishi to the Da-Nang label and it’s not difficult to see where they’re coming from if it wasn’t for the fact that Da-Nang is a West Coast label based in California. That aside, the comparison between Da-Nang and Maharishi is inevitable; both labels produce High-Fashion casual-chic garments with an Eastern edge and of course the loose fitting pants adorned with incredible embroideryÂ are another area of common ground between the two upscale labels.

Although the obvious comparisons between Da-Nang and Maharishi are valid, to attempt to diffuse the uniqueness of each label is misleading. Each label has it’s own strong and unique identity. The following is Da-Nang’s:

A sojourn of style that had its origins in French colonial Vietnamese art and civilisation found its way to California, 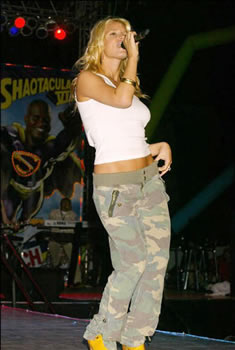 thanks to a collective dream to create a fashion statement based more on culture than cliche. The vision, inspired by colour, sights and artistry centred in the city of Danang, Southeast Asia’s cultural hub, soon spranf to life in the form ofan eclectic clothing collection.

Da-Nang, which emerged in January 2003, initially took flight through some witty pieces with military fits and eye-catching embroidery details. However, the design team recognized the line had a greater life of its own beyond the trend that launched it into prominence with celebrities and Fashionistas. What Da-Nang is all about now and in the future is body-flattering silhouettes, enlivened with a wide spectrum of vibrant colors and a mixture of fabrics. With the California-bred notion of dressed down elegance fusing with both European and Asian-inspired charm, the subsequent collections for men and women surface as Bohemian, comfortable and vintage in the best possible ways – as if you owned these pieces your entire life!