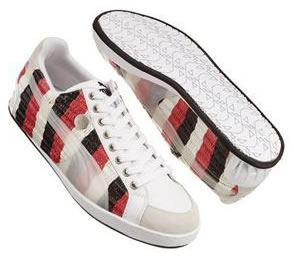 Born in 1972, Yasuhiro Mihara grew up in Fukuoka, in the western part of Japan. Influenced by his mother, an abstract artist, Mihara flourished in an artistic environment.

Yasuhiro Mihara Graduated from the Taina Art University in 1997, where he had a glimpse of shoe craftsmanship, and immediately fell for its intricacies and techniques. He then taught himself the traditional ways of shoe-making.

The Miharasuhiro Collection consists of apparel, shoes and accessories for men and women. Mihara’s design philosophy is to break through the boundaries that we have set up through the course of fashion history. He designs with the intent of changing our perception and stereotypes. Not interested in churning out mass produced high street numbers, Mihara is interested in reaction of people to his creation; he wants an emotive response.

In 2000, Mihara collaborated with PUMA to create the PUMA Mihara collection. With each season of the collaboration, Mihara’s collection with PUMA has evolved, becoming more authentic and truly original.

“Puma’s an international brand so it was definitely the easiest way to get my name known overseas,” says Yasuhiro Mihara. “Even if people in Europe have an interest in Japan they can’t get information about it. However fast air travel gets, Japan is always going to be the Far East. But working with Puma has been like a pipeline and it’s made it easier to get offers from overseas agents.”