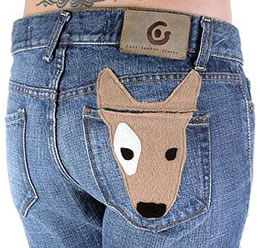 Catherine of Aragon was the original Spanish Queen with an English heart. The beautiful and loyal Queen of England was infamously removed to enable King Henry VIII to remarry and reset the course of English history.

Today we have a new Spanish Queen with an English heart. Desiree Mejer was born in 1968 and decided to move to London in 1992. Desiree set up the Fake London Genius fashion brand in 1995. Fake London is a fashion forward brand in love with the Union Jack and English Bull Terriers. Fake London Genius exudes archetypal Englishness; the brand holds true to the Cross of St. George like no other brand past or present.

All Fake London clothing possesses a uniquely English quality; pure punk with a regal flavour. The Fake London jeans are well made and accessorised with chains and English imagery. The tops and jackets are equally adorned. All in all Fake London flies the English flag high and proudly. Perhaps Desiree Mejer is the reincarnation of Catherine of Aragon afterall.