Madonna Fashion could it be Semtex Girls? 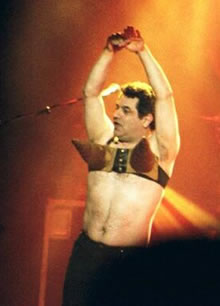 So Mad Madge of the Madonna kind has set up a new Limited company in the UK called, of all things: Semtex Girls. Let’s face it, only a non-Brit without an understanding of recent British history would introduce the word “Semtex” into a company name, and if anyone was likely to put their dainty “plate of meat” into it — mad Madge was a prime candidate. Although you would have thought Guy could have had a word in her “shell” like!

Semtex, as any Brit over the age of 11 probably knows was the preferred “butchering device” of the infamous IRA. Semtex plastic explosive is manufactured in the Czech Republic and is safe to handle but difficult to trace, since it has no smell — unlike the controversial marketing stench wafting from Semtex Girls!

In fact, a quantity of 0.5 kg/1.1 lb of Semtex is thought to have been the cause of an explosion that destroyed a Pan-American Boeing 747 in flight over Lockerbie, Scotland, December 1988, killing 270 people.

Of course, everyone now wants to know the nature of Mad Madge’s new business. Apparently, she won’t reveal the exact purpose of her new venture but apparently issued the following incomprehensible marketing dribble to Contactmusic:

Apparently Mad Madge also reassured her male fans (does she have any?) that they’re not exempt and can be Semtex Girls too! Presumably after surgery!

It’s been suggested that Madonna’s new Semtex Girls company could be a fashion brand. A number of commentators have suggested we could soon be seeing Semtex Girls Clothing, T-Shirts, Jackets and Jeans. Sounds a bit cheap and tacky.

So has Mad Madge finally lost her marbles and overstepped the accepted bounds of marketing BS. Most people could probably overlook her exploitation of Qabala to glean attention but to glamorise a substance which has been used to murder innocent civilians and could feasibly be used in the future by pseudo-Muslim terrorists to inflict mass murder is nothing less than spiritually retarded!